Official final results showed Macron's one-year-old party and its ally winning 32.32 percent of votes in the first round, ahead of the Republicans on 21.56 percent and the FN on 13.2 percent.

French President Emmanuel Macron's party is on course for an overwhelming parliamentary majority, after Sunday's first round of voting for the National Assembly left traditional parties in disarray.

Projections showed Macron widening his centrist revolution, with his Republique en Marche (Republic on the Move, REM) party and its ally MoDem tipped to win between 400 and 445 seats in the 577-member National Assembly in next Sunday's second round.

Such a share would give Macron one of the biggest parliamentary majorities in 60 years.

"For the past month, the president has shown confidence, willingness and daring in France and on the international stage," Philippe said, calling the result a vindication of Macron's "winning strategy."

But the vote was marked by record low turnout of 49 percent, possibly reflecting fatalism among Macron's opponents in the face of his seemingly unstoppable advance, experts said.

The right-wing Republicans, who had hoped to rebound from their humiliation in the presidential vote, were shown trailing in second with a predicted 70-130 seats while Marine Le Pen's far-right National Front (FN) was forecast to garner between one and 10 seats.

The FN's result showed the party is struggling to rebound from Le Pen's bruising defeat by Macron in the presidential run-off.

The FN's deputy leader Florian Philippot admitted to "disappointment" and called on voters to "mobilise massively" for the second round.

The worst losses, however, were for the Socialists of Macron's predecessor Francois Hollande and their allies, who are predicted to lose a staggering 200 seats.

The party's chief Jean-Christophe Cambadelis and its failed presidential candidate Benoit Hamon both lost their seats.

Conceding that the party was facing "unprecedented" losses, Cambadelis appealed to voters to rally behind Macron's rivals to avoid the president monopolising power.

Parliament risked having "no real oversight powers and no democratic debate worth speaking of," he warned.

"It's the continuation of the real disaster that the presidential election was ... we need to rebuild everything," he told BFMTV.

Official final results released early Monday showed Macron's one-year-old REM and MoDem winning 32.32 percent in the first round, ahead of the Republicans on 21.56 percent and the FN on 13.20 percent. The Socialists and their allies secured just 9.51 percent while the radical left and communists were on 13.74 percent.

If no candidate wins over 50 percent, the two top-placed contenders go into the second round, along with any other candidate who garners at least 12.5 percent of registered voters in the district.

France's youngest-ever president at 39, Macron has gained praise for appointing a balanced cabinet that straddles the left-right divide and for taking a leading role in Europe's fight-back against US President Donald Trump on climate change.

"Macron on the move to an overwhelming majority" said national daily Le Figaro while Le Parisien hailed "A master stroke."

However "neither his 24 percent in the first round of the presidential election, nor the 50 percent abstention this Sunday should give the illusion of a France converted to 'Macronmania'," noted Nicolas Beytout in L'Opinion.

If the seat projections are confirmed next week, Macron will have a strong mandate to push through the ambitious labour, economic and social reforms he promised on the campaign trail. 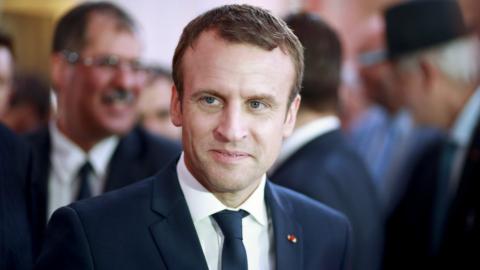 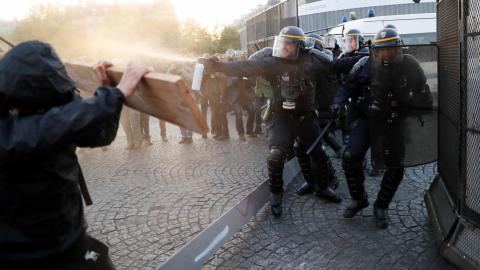 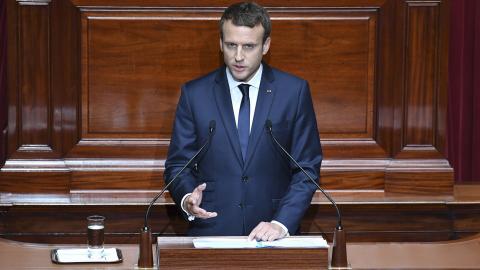 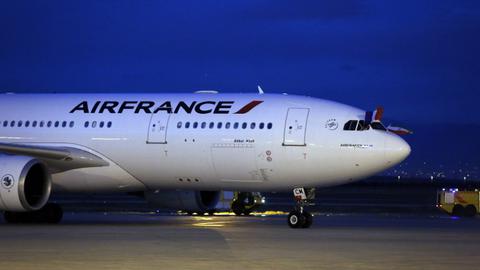