Emmanuel Macron's time in office is largely marked with social unrest and foreign policy fallout but the French president has also started to make some amends.

French President Emmanuel Macron started on an optimistic note when he came to power in 2017, defeating his far-right competitor Marine Le Pen. He was quick to earn global attention as he championed efforts to tackle climate change and also asserted himself as a powerbroker in the Middle East.

But along the way, he also made some audacious decisions which later had big ramifications on both local and foreign stage. Here’s a look at where Macron could have gone wrong.

Months after becoming president, the former investment banker said he would cut popular housing benefits provided to low-income renters as part of a wider policy. It caused a sharp decrease in his popularity ratings.

In October 2018, people came out on to the streets demanding lower fuel prices, a reintroduction of the solidarity tax on wealth and a hike in the minimum wage. This marked the beginning of the popular protest movement, the Gilets Jaunes, Yellow Vests, which shook the Macron presidency to its core.

In early 2019, as the Yellow Vest movement started to ebb, Macron rolled out a plan to reduce income tax for middle-class workers and scrap housing tax.

In September this year, the French government introduced the 2020 budget plan that Macron promised to appease the Yellow Vest protesters.

The country is now facing a new wave of protests, due to plans to reform the country’s pension system, as France has one of the most expensive pension systems in the world.

While campaigning for the presidency, Macron had promised for a more humane asylum policy after taking the seat from the far-right leader Le Pen who had anti-immigration views. His administration launched a programme called Volont’r under the government’s broader Service Civique initiative with the aim to help refugees. Under the programme, French citizens would help refugees to learn languages or develop skills.

But a policy u-turn seemed to follow. In 2018, Macron introduced a measure allowing the French authorities to double the amount of time they can detain refugees whose asylum applications have been denied. Several MPs from Macron’s party didn’t agree with the plan as they said this would be a step leading faster deportations, but French lawmakers approved it.

In the next year, a controversial remark that summarised his immigration policy sparked criticism as the French elections approached.

“In order to be able to welcome everyone decently, we shouldn’t be too attractive a country,” the French president told Europe 1 radio station on the sidelines of a United Nations summit in New York on November 7.

The remark came as the government announced tough new steps on the issue, including clearing informal migrant camps in and around Paris until the end of 2019. Asylum seekers would also have to wait for three months to qualify for non-urgent health care under the new measures.

He faces criticism from both ends, from the right and left in the country, with the left criticising his policies for being ‘inhumane’ and the right saying they’re not tough enough.

The ability of French journalists and media companies to protect confidential sources and the independence of public service broadcasting is under pressure in the country, according to a report from the European Centre for Press and Media Freedom. According to the report, one of the incidents that made the media worried was a minister’s phone call to a radio station to complain about a journalist investigation of his affairs.

France’s attitude to the Muslim headscarf, the hijab, is also one of the main debates regarding the freedoms in France. The public debate over the issue made a comeback after a veiled Muslim woman received verbal abuse as she attended her son’s school trip in Bourgogne-Franche-Comte in eastern France. A bill approved by the French Senate banned mothers of Muslim children from wearing the headscarf on school trips weeks after the incident.

In France, wearing the Muslim veil is banned in French schools and public institutions. Since 2011, the full-face Islamic veil is also banned from public spaces in France, the first European country to have taken such a decision. This policy is fully supported by Macron.

The president’s personal remarks on the issue have also drawn criticism, as he called the Muslim veil as a “symbol that detaches one from the Republic” while accusing some of those who wear a headscarf with sectarianism.

Human rights groups argue the policy is divisive and could lead to anti-Muslim sentiment and discrimination against the country’s estimated five million Muslims.

His claim came after reports emerged of armed French intelligence operatives being denied entry into Tunisia from Libya, where they are believed to have been helping Haftar.

France denies the allegations, but according to Le Monde newspaper, France has provided training to Haftar’s militants since 2015, even while being a peace broker for the conflict.

Macron’s presidency has also been supporting the YPG, the Syrian affiliate of the PKK. The Europen Union, the US and their NATO ally Turkey all list the group as a terrorist organisation.

Last month, Macron met with the US-backed SDF, largely made up by the YPG, and expressed solidarity. It’s a stance that has strained ties with Turkey, which has been promoting a safe zone cleared from Daesh and YPG -- both groups that it sees as a threat to its national security. Turkey has battled a 40-year terror campaign by the PKK that has killed approximately 40,000 people.

YPG recently teamed up with Syria’s regime leader Bashar al Assad, who has launched a brutal crackdown on its opponents, which led to the still-ongoing brutal war. 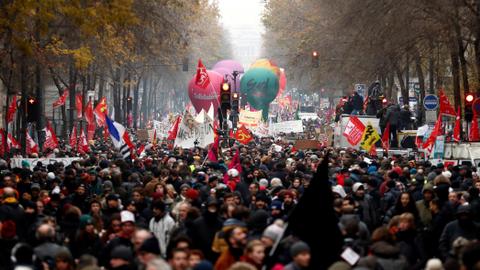 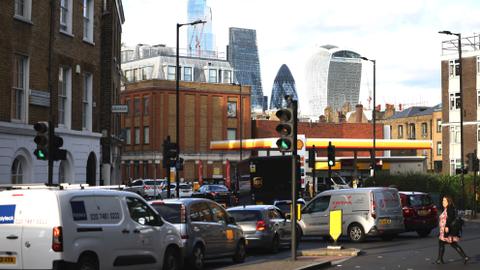