Despite security concerns, thousands of people gathered to watch and compete in the annual Great Manchester Run amid heightened security precautions.

Thousands gathered to take part in the Great Manchester Run on Sunday after authorities announced that the huge annual event would take place this year.

Security was tight as 40,000 runners pounded Manchester's streets in the half marathon (21.1 kilometres/13.1 miles) a day after Prime Minister Theresa May lowered the terror threat level from critical to severe, following Monday's attack that killed 22 and injured dozens.

Despite the lowering of the threat level, extra armed officers were on duty across the country and security had been stepped up at some 1,300 events over a long holiday weekend.

There were additional high-profile events over the weekend including soccer cup finals in London and Glasgow.

The Chelsea football team had cancelled their Premier League victory parade, which was also set to take place on Sunday.

There was a highly-visible police presence as runners gathered on the start line for the Manchester run at 9.00 am (0800 GMT).

Competitors fell silent as the clocks struck 9:00, followed by sustained applause as Oasis song "Don't Look Back In Anger" played over the loudspeakers, sparking a sing-a-long.

"After everything that's happened in Manchester, to get everyone to come together, stand united, don't let them win, that's why I'm doing it," runner Ian McLellan, 45, said. 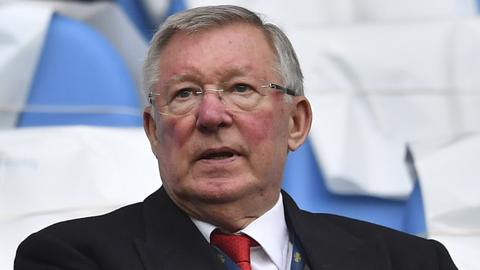