The Italian navy and aid agencies have saved 6,000 migrants in the Mediterranean since Thursday. The Italian government has launched a million dollar campaign to persuade potential migrants against making the treacherous journey.

The Italian navy along with aid agencies have saved 935 migrants on eight boats in a single day off the coast of Libya, bringing the total number of people saved since Thursday to 6,000.

In one operation by the vessel Vega, "five migrants were picked up out of the sea, three people were resuscitated and two were already dead," it said on its Twitter account.

That operation was one of eight that took place on Saturday involving a total of 935 migrants. The migrants were transported onto coast guard patrol boats and taken to the Italian island of Lampedusa, the southernmost part of Italy.

It is not yet clear what the origins of the migrants were but the majority of migrants using this route to Europe are from the African continent.

The UNHCR's latest figures from this month show that 89,217 people, mostly from sub-Saharan Africa have arrived in Italy by sea since the start of the year.

These figures do not take into account the latest wave of migrants.

Last year during the same period from January to July a total of 93,000 people had been recorded arriving in Italy by sea.

Since 2014 over 400,000 migrants have made the treacherous journey to Italy by boat.

Italy has launched a $1.6 million campaign titled "Aware Migrants" that targets 15 countries in West and North Africa that warns migrants about the dangers of making the crossing over the Mediterranean, and the ruthless nature of the smugglers that offer to facilitate the journey.

Migrant deaths in the Mediterranean have hit the 3,000 mark this year according to the International Organization for Migrations (IOM).

More than 120 bodies of migrants who died trying to cross into Europe have washed up around Sabratha in western Libya this month, the city's mayor Hussein Thwadi said on Sunday.

Thwadi said bodies wash up on their shores on a daily basis, with 53 found in a single day last week.

The IOM reports that more than 3,000 migrant deaths that have been recorded in the Mediterranean this year, three out of four died trying to reach Italy from North Africa, mainly from Libya.

The number of attempted crossings from Libya pick up in spring as the weather becomes calmer.

"The whole coast of Sabratha is open, there are patrols but they do not have enough capacity to tackle this crisis," Thwadi told Reuters.

"Illegal migration existed before but with insecurity and the lack of state authorities the crisis has become worse and worse."

Libya's armed conflict and political crisis has increased the number of people fleeing towards Europe.

The U.N.-backed government that has yet to fully establish itself in Tripoli says tackling migrants is among its priorities.

Most of the migrants whose bodies washed up ashore according to Thwadi are from sub-Saharan African states, but 23 of them were Tunisian.

They are being buried at a cemetery for unidentied bodies in Sabratha. 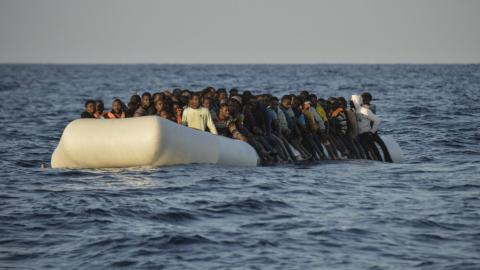 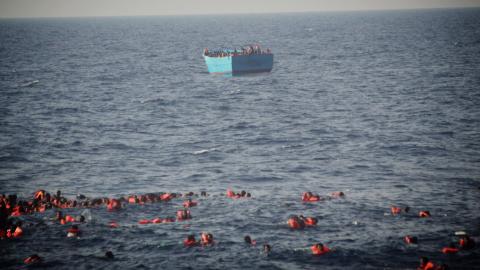 At least 30 migrants dead in Mediterranean