The incident came as President Emmanuel Macron’s government is pushing a new bill that restricts the ability to film police, which has prompted outcry that it would allow police brutality to occur with impunity.

French authorities have opened an investigation and ordered suspensions of police after they were filmed beating up a black music producer in central Paris in images that sparked new anger over the conduct of the security forces.

The images published by the online news site Loopsider showed the music producer, identified only as Michel, being repeatedly beaten as he tried to enter a music studio in the 17th district of Paris.

The incident comes after a string of high-profile probes into police violence against black and Arab citizens and as concern grows over new legislation that would restrict the right of the press to publish images of the faces of police.

President Emmanuel Macron’s government is pushing a new bill that restricts the ability to film police, which has prompted protests from civil liberties groups and journalists concerned that it would allow police brutality to go undiscovered and unpunished.

The man was himself initially arrested for violence and failure to obey the police. But prosecutors threw out the probe and instead opened an investigation against the police officers themselves for committing violence while in a position of authority.

"I am asking the chief of (Paris) police to suspend on an interim basis the police officers concerned," Interior Minister Gerald Darmanin wrote on Twitter.

The man's lawyer, Hafida El Ali, said that his client had been detained for 48 hours on the basis of "lies by the police who had outrageously aggressed him".

Paris prosecutor Remy Heitz said that he had asked France's National Police General Inspectorate (IGPN) to shed light on what happened as quickly as possible.

"It is a very important case in my opinion and I have been following it personally," he said.

READ MORE: Why does US police brutality resonate with minorities in France?

Loopsider, which has exposed several episodes of police brutality in recent months, said that the images "had to be seen to understand the full extent of the problem".

Loopsider said Michel had initially been stopped for not wearing a mask and subjected to racial abuse by the police.

"People who should have been protecting me attacked me. I did nothing to deserve this. I just want these three people to be punished according to the law," Michel told reporters on Thursday as he arrived at the IGPN with his lawyer to file a complaint.

Paris' Socialist mayor Anne Hidalgo said she was "profoundly shocked" "by an intolerable act... that is exceptionally serious."

A close ally of President Emmanuel Macron, parliament speaker Richard Ferrand, also expressed alarm, writing on Twitter that illegitimate use of force by the police "eroded the indispensable link of confidence between citizens and those who protect us, and must be punished without weakness."

"Unbearable video, unacceptable violence," Footballer Kylian Mbappe wrote on Twitter next to a picture of the injured producer.

There has already been virulent criticism of the police this week after they used tear gas late Monday to remove migrants from a camp set up in central Paris.

Prosecutors have opened probes into the use of violence against both a journalist and a migrant in that incident.

That same day, France’s lower house of parliament approved a draft law meant to strengthen local police and provide greater protection to all officers. It notably makes it a crime to publish images of officers with intent to cause them harm. The bill, which enjoys public support after recent terrorist attacks, will now go to the Senate.

The beating of the producer now piles new pressure on Paris police chief Didier Lallement who has faced stern questions from critics and media over the dispersal of the migrants.

'Would still be in prison'

The lower house of parliament Tuesday evening gave initial approval to a security bill which would restrict the publication of photos or videos of police officers' faces, although it still faces further legislative hurdles.

Media unions say it could give police a green light to prevent journalists from doing their work and potentially documenting abuses.

"If we did not have the videos (of the beating of Michel), my client would be in prison," lawyer El Ali said.

Maon swept to power in 2017 as a centrist who rallied support from across the political spectrum. But critics and even some supporters accuse him of tilting to the right as he seeks re-election in 2022. 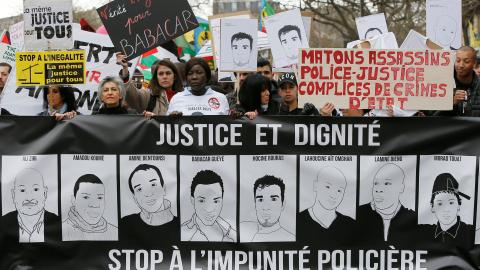 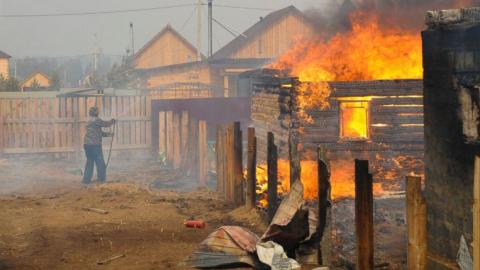 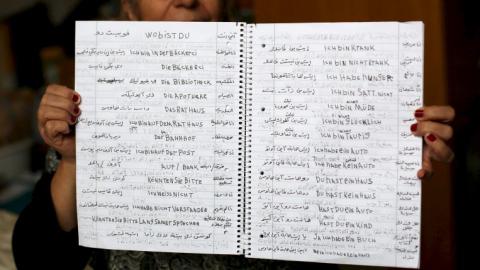