"They've covered the cobbles, but they'll never defeat all the dreamers and schemers who still teem through these streets," read Walsh in a heart-touching ode to the city.

Searching for comfort after Britain's deadliest attack in nearly 12 years, residents of Manchester found some solace in its pioneering culture, which one local poet summed up as "Northern grit, Northern wit."

While Mancunians joke that their city is best known for grey skies and rain, the horror of a suicide bombing that left 22 people dead and 64 injured has been countered by a resolve not to be cowed by militants.

Thousands turned up for a vigil in the city centre where poet Tony Walsh read This is the Place, a celebration of a city that "set the whole planet shaking" when it helped spawn the industrial revolution.

The poet Tony Walsh will read his gorgeous ode to Manchester, This Is The Place; "Make us a brew while you're up, love, go on..." pic.twitter.com/o0CfdGD6ax

The bombing that killed 22 ripped through a crowd leaving a show by US pop star Ariana Grande. It affected all of Manchester's 2.5 million population, from homeless men who rushed to help the injured to celebrity footballers and pop musicians whose children had gone to see the show. 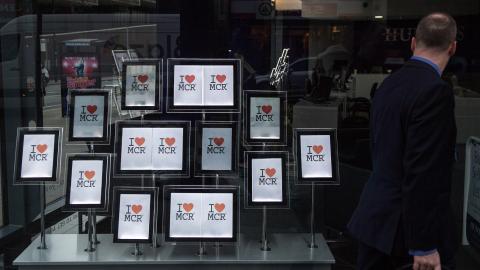 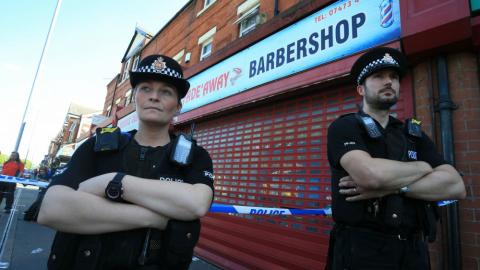