Israeli PM was quoted as saying that Poland ‘collaborated’ with Nazis during WWII.

The Polish Foreign Ministry has summoned Israel’s ambassador in Warsaw over Israeli Prime Minister Benjamin Netanyahu’s recent assertion that the Poles “collaborated” with the Nazis during the Second World War.

According to Israeli media reports, Ambassador Anna Azari was summoned by Poland’s Foreign Ministry, which had conveyed its displeasure with Netanyahu’s remarks.

The Israeli Foreign Ministry, for its part, has yet to formally comment on the issue.

"The Poles collaborated with the Nazis and I know the history and I will bring it up," Netanyahu was quoted as saying by The Jerusalem Post during his recent visit to Warsaw to attend a Middle East conference.

Netanayhu on Friday refused to clarify in person his comments, Haaretz reported.

Replying to a Haaretz question whether Poles collaborated with Nazis during the Holocaust, Netanyahu said, “Shir will answer you,” referring to his spokeswoman.

Later, his office later issued a statement saying the prime minister had been misquoted by the newspaper, which quickly issued a clarification admitting that an error had been made during the editing process.

“If Prime Minister Netanyahu’s remarks are as media reports say … Israel is no longer a good place for Visegard Group meetings,” Duda said, referring to a group meeting scheduled for next week in Jerusalem.

The Visegrad Group is a cultural and political alliance consisting of Poland, Slovakia, the Czech Republic and Hungary.

Duda went on to suggest that Poland might host next week’s meeting instead.

Morawiecki, for his part, was quick to stress that Poland had been among Nazi Germany’s victims, noting, “Six million Poles were murdered, including many Polish-origin Jews, during World War Two.”

Israel has hosted recent Visegrad meetings as part of Netanyahu’s efforts to forge closer ties with Eastern European states with a view to offsetting mounting international criticism of Israeli policy vis-a-vis the Palestinians. 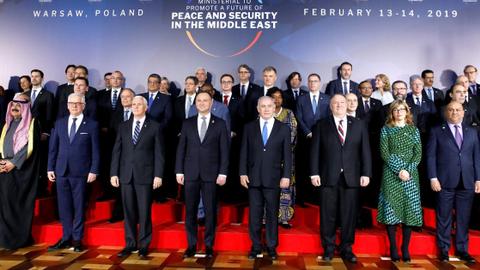