Russian Prime Minister Dmitry Medvedev said on Wednesday that his government was resigning to give President Vladimir Putin room to carry out the changes he wants to make to the constitution.

The unexpected announcement, which came shortly after Putin proposed a nationwide vote on sweeping changes that would shift power from the presidency to parliament, means Russia will also get a new prime minister.

Medvedev made the announcement on state TV sitting next to Putin who thanked Medvedev, a close ally, for his work.

Putin said that Medvedev would take on a new job as deputy head of Russia's Security Council, which Putin chairs.

Putin asked for the outgoing government to remain at work until a new government was appointed.

Speaking in his state of the nation address before top officials and lawmakers earlier on Wednesday, Putin suggested amending the constitution to allow lawmakers to name prime ministers and Cabinet members. The right currently belongs to the president.

“It will increase the role of parliament and parliamentary parties, powers and independence of the prime minister and all Cabinet members,” Putin said.

Putin emphasised that constitutional changes must be put to a nationwide vote.

Putin's current term expires in 2024, and Russia's political elites have been abuzz with speculation about his future plans.

The 67-year-old Putin has remained at the helm for more than 20 years – longer than any other Russian or Soviet leader since Josef Stalin.

He will have to step down after his term ends under the current law, which limits the president to two consecutive terms.

Political analyst Kirill Rogov said that Putin's proposals indicate his intention to remain in charge while re-distributing powers between various branches of government.

“Such a model resembling the Chinese one would allow Putin to stay at the helm indefinitely while encouraging rivalry between potential successors,” Rogov said on Facebook.

Putin served two presidential terms between 2000 to 2008 before shifting into the prime minister's seat for four years to observe the term limit.

His placeholder as president, Dmitry Medvedev, stepped down after just one term to allow his mentor to reclaim the top job in 2012. While in office, Medvedev raised the presidential term from four to six years.

While Putin continued calling the shots during Medvedev's presidency, he wasn't quite happy with his performance. He was particularly critical of Medvedev's decision to give the green light to the Western air campaign over Libya in 2011 that led to the ouster and the killing of long-time dictator Muammar Gaddafi.

Medvedev's decision to step down after one term to let Putin return to the presidency also sparked massive protests in Moscow in 2011-2012 in a major challenge to the Kremlin.

Observers speculated that Putin may stay in charge after 2024 by shifting into the prime minister's seat after increasing the powers of parliament and the Cabinet and trimming presidential authority.

Other potential options include a merger with neighbouring Belarus that would create a new position of the head of a new unified state – a prospect rejected by Belarusian President Alexander Lukashenko.

Constitution must be tweaked

In his address, Putin said the constitution must also specify the authority of the State Council consisting of regional governors and top federal officials.

Some analysts have theorised that Putin may try to continue pulling the strings as head of the council after stepping down as president in 2024.

Putin also emphasised the need to amend the constitution to give it a clear priority over international law.

“The requirements of international law and treaties and decisions of international organs can only be valid on the territory of Russia as long as they don't restrict human rights and freedoms and don't contradict the constitution,” he said.

He also said that the constitution must be tweaked to say that top government officials aren't allowed to have foreign citizenship or residence permits.

Putin focused his state of the nation address on the need to encourage population growth and create new incentives for economic growth.

He said that the authorities need to do more to encourage new births and support young families. 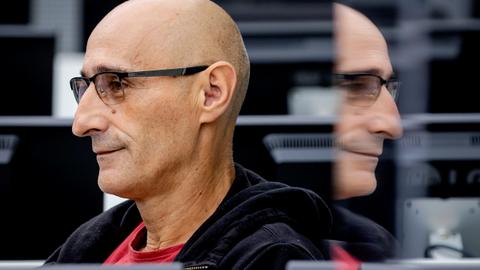