The UN Security Council will meet on Wednesday on a suspected chemical weapons attack in Syria that killed dozens of people, including 11 children, in the northwestern province of Idlib.

Britain and France requested the meeting after they blamed Syrian regime leader Bashar al-Assad's forces for the attack on Tuesday. The regime denied responsibility and said it would never use chemical weapons.

The UN special envoy for Syria Staffan de Mistura signalled the meeting earlier in the day during a joint news conference with EU High Representative for Foreign Affairs Federica Mogherini in Brussels ahead of a conference on the future of Syria.

"This was horrific and we are asking, I'm sure there will be a Security Council meeting on this, for clear identification of responsibilities, accountability," he said.

De Mistura, fresh from the latest round of UN-sponsored peace talks in Geneva between the rebels and the regime, said that every time there was a sign of progress, someone — unnamed — always tried to sabotage it.

"Every time we have a moment in which the international community is capable of being together, there is someone, somehow that tries to undermine that feeling of hope by producing a feeling of horror and outrage," he said.

But we are not going to give up. On the contrary, we make use of all these horror moments to show they cannot prevail.

The UN Commission of Inquiry for Syria said it had begun investigating the attack.

Reports suggesting that this was a chemical weapons attack are extremely concerning," it said in a statement.

The Organisation for the Prohibition of Chemical Weapons (OPCW), based in The Hague, meanwhile also said it was "gathering and analysing information from all available sources" about the attack. 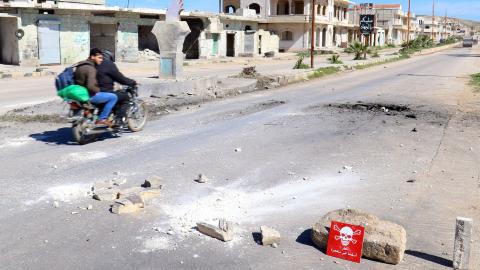 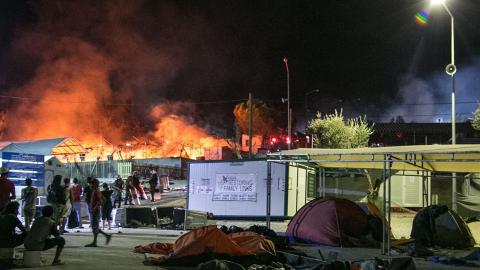 How are Turkey and Greece handling the EU refugee deal?