Thousands of Serbians protested for a third day in Belgrade on Wednesday against the victory of Aleksandar Vucic in a weekend presidential election.

Thousands in Belgrade have protested for a third straight day on Wednesday against the results of a presidential election which has seen Conservative Prime Minister Aleksandar Vucic achieve an overwhelming victory.

Demonstrators, which were mainly students, had gathered in front of parliament and accused Vucic of corruption and rigging the election.

They chanted, "Vucic, you stole the election," and, "End the dictatorship."

"I think that now we will have a kind of superpresidentialism in Serbia, because Vuvic as prime minister often went beyond his responsibilities, even if he was de jure the most important political figure." said analyst Boban Stojanovic.

Protesters said they view Vucic as an autocrat, adding his Serbian Progressive Party is corrupt and instrumental in what they believe was a fraudulent election.

A group of students posted their demands on social media, including dismissing the election commission, the media regulator, and top editors of the state RTS TV for allegedly failing to facilitate a free and fair vote.

Students also want Maja Gojkovic, the parliament speaker and a top Vucic ally, to go. It was she who decided to adjourn parliamentary sessions until after the vote.

Vucic on Sunday got about 55 percent of the votes.

He pursues a balancing act between the EU and Russia and wants Serbia to join the bloc and maintain good relations with Russia and China. 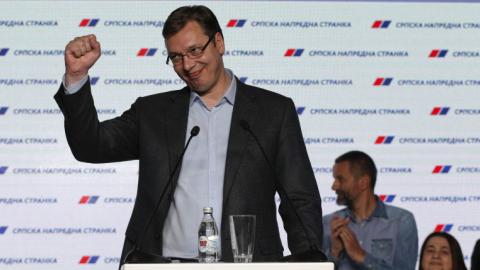 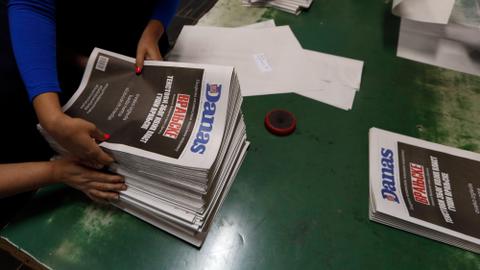