The Tibetan monk, who has been seeking asylum in India since 1959, advocated a more conservative approach to accepting refugees in Europe.

A pro-Brexit campaign repurposed the Dalai Lama's statement on "too many" refugees, without his permission. The Tibetan spiritual leader was widely criticised when he came out last week in favour of a more conservative approach to accepting refugees into Europe.

His statement coincided with one of the worst weeks for refugees making their way over to Europe.

Last week the International Organisation for Migration said that over 1,000 refugees drowned while attempting to enter Europe, by crossing the Mediterranean. On Friday, a 90 foot vessel, thought to be carrying hundreds of refugees capsized.

In an interview with German newspaper, Frankfurter Allgemeine Zeitung (FAZ), the Dalai Lama made some troubling statements on the nature of demographic changes Europe could face if the refugee influx was not stemmed.

"Europe, for example Germany, cannot become an Arab country," he said with a laugh, reported FAZ. "Germany is Germany."

The Dalai Lama further said, "From a moral point of view too, I think that the refugees should only be admitted temporarily. The goal should be that they return and help rebuild their countries."

His statements drew considerable criticism, considering the Dalai Lama and some of his followers sought refuge in India, where they have been living since 1959.

Yet, there were some who were so inspired by his words that they coopted them for a pro-Brexit campaign. The group, Leave.EU designed a poster using the Dalai Lama's image and words without his permission and shared it on Twitter:

A representative for the Dalai Lama was quoted in the Guardian as saying, no such permission was given.

The Dalai Lama was, however, slammed on Twitter for not showing more compassion. Some pointed out his previous status as an asylum seeker and others juxtaposed his stance with the Pope's:

"I think that the refugees should only be admitted temporarily" into #Europe, says Dalai Lama, who's been a #refugee in #India for 57 yrs

Strange times when the Pope wants to flood Europe with Muslim migrants & the Dalai Lama (himself a refugee) doesn't. https://t.co/1DYI0tgBVi

The world's most famous refugee, the Dalai Lama, complains about Germany taking in 'so many' Arab refugees.

Upwards of one million refugees and asylum seekers that crossed into Europe in 2015. The massive influx of refugees and the question of how to resettle them has created divisions in the EU.

Turmoil in Syria is the biggest catalyst of migration. However, continuing unrest in Afghanistan and Iraq, abuses in Eritrea, and poverty in Kosovo and elsewhere are causing people to flee in search of a better life. 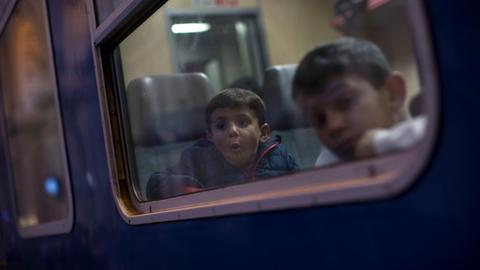