At least one person is reported injured in the quakes, that Italy's national geophysics institute says are linked to the deadly August earthquake.

Twin earthquakes jolted central Italy on Wednesday — the second registering at a magnitude of 6.1 — in the same region struck in August by a devastating tremor that killed nearly 300 people.

At least one person was reported injured in the quakes, with the mayor of one mountain town saying that many buildings had collapsed as authorities rushed to assess the full extent of the damage.

The quakes were felt in the capital Rome, sending residents running out of their houses and into the streets. The second was felt as far away as Venice in the far north, and Naples, south of the capital.

The US Geological Survey (USGS) registered a first 5.5-magnitude quake at 1710 GMT, with the second one striking two hours later.

In both cases the epicentre was near the village of Visso in the central Marche region.

"Many houses have collapsed. Our town is finished," Marco Rinaldi, mayor of Ussita, told Sky Italy television by telephone.

"The second quake was a long, terrible one," he said.

"I've felt a lot of earthquakes but that was the strongest I've ever felt. Fortunately everyone had already left their homes after the first quake so I don't think anyone was hurt."

In Rome, the quakes rattled windows and doors. The imposing foreign ministry headquarters was temporarily evacuated.

A Serie A fixture between Pescara and Atalanta was halted for several minutes when the first tremor hit.

Referee Marco Guida called a stop to the action in Pescara near the 30 minute mark but restarted the game approximately three minutes later when the tremors subsided.

In August, a 6.0-6.2 magnitude quake flattened the mountain town of Amatrice — 70 kilometres (45 miles) from Visso — killing 297 people and injuring hundreds of others.

"One person has been lightly injured," Fabrizio Curcio, head of the civil protection department, told a press conference in the central town of Rieti, revising down an earlier toll of two.

Several other people were suffering from shock, he added.

The mayor of Serravalle del Chienti, Gabriele Santamarianova, said the quake felt "like bombs were falling".

"We saw a cloud of dust, we don't yet know what has fallen down. We'll see once the sun comes up."

Castel Sant'Angelo's mayor Mauro Falcucci told Sky: "There is no electricity. There are bound to be house collapses. On top of this there are torrential rains."

The little town of some 300 people is near Arquata del Tronto, one of the areas worst hit in the August 24 earthquake.

In Ascoli, another town hit hard in August, the mayor said spooked residents were fleeing by car.

Schools here and around the affected region will not open Thursday to allow officials to carry out safety checks.

Italy's national geophysics institute said the latest quakes were linked to the August one, which was followed by thousands of aftershocks, some of them very strong.

Damages of the #earthquake in #Italy #ussita #visso
Waiting and praying. pic.twitter.com/TP5HGGpiKt

Visso's mayor Giuliano Pazzaglini said telephone links in his town had been restored. But television images showed rubble piled outside a local church.

Around two-thirds of the deaths occurred in Amatrice, a beauty spot and popular tourist destination packed with holiday-makers when the quake struck at the height of the summer season. 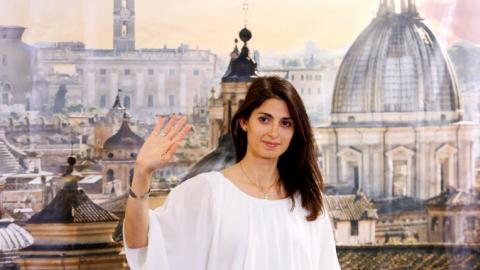 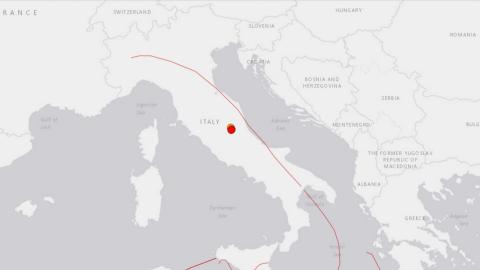