Swiss authorities were monitoring the social media activity of about 400 possible terrorists who could pose a security threat, the NDB federal intelligence service said on Monday.

Switzerland is not mentioned as a target by the DAESH terrorist group because it is not part of the military campaign against them, but the security threat level has been lifted up nonetheless, the NDB's annual report said.

The report showed a photo of a Swiss passport next to an explosive belt posted online by a suspected Swiss terrorist who had travelled to the Middle East, and a DAESH video showing the Swiss flag among the 60 countries seen as targets.

"Attacks in Switzerland are more to be expected from lone wolves or small groups that would be conducted with simple means, little preparation and minimal logistical effort," the report added.

Authorities have been tracking suspected terrorists who return to Switzerland from countries, especially from Syria, where they are believed to get training in carrying out attacks.

A Swiss court last month sentenced three Iraqis for terrorism offences, a verdict that the senior prosecutor voiced should send a message to terrorists not to see the country as an easy target.

The three main defendants, who had denied wrongdoing, were arrested in early 2014 on suspicion of planning terrorist attacks and helping DAESH militants enter the country.

The Swiss attorney general's office has more than 60 open cases related to terror cases, it said on Monday. 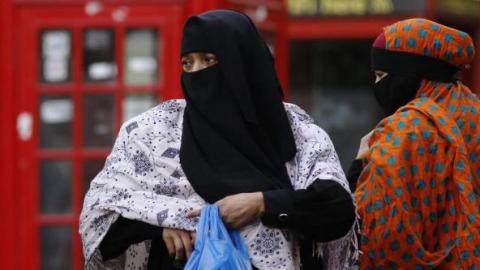 Switzerland one step closer to banning the face veil