Syrian refugees stranded in Athens protested against an agreement between German and Greek governments over a policy to slow down refugee reunification.

Syrian refugees stranded in Greece chanted "no more waiting!" and protested outside the German embassy in Athens on Wednesday against delays in reuniting with their relatives in Germany.

About 150 people, among them young children, marched from parliament to the embassy holding up cardboard banners in English reading "I want my family" and shouting slogans about travel to Germany.

Greek media have reported that Greece and Germany have informally agreed to slow down refugee reunification, stranding families in Greece for months after they fled Syria's civil war.

An official letter leaked by a Greek daily in May pointed to a tacit understanding between Greek and German migration officials to limit the number of reunification approvals.

Mouzalas has said the slowdown was due to "technical difficulties."

About 60,000 refugees and migrants, mostly Syrians, Afghans and Iraqis, have been in Greece for over a year after border closures in the Balkans halted the onward journey many planned to take to central and western Europe.

"My message is 'enough waiting, enough suffering'," said 41-year-old Syrian Malak Rahmoun, who lives in a Greek camp with her three daughters while her husband and son are in Berlin. "I feel my heart (is) miserable," she said.

Rahmoun said she and her daughter applied for family reunification last year but that the Greek authorities have not given a clear reply.

A deal between Turkey and the European Union in March 2016 slowed the flow of people crossing to Greece but about 100 a day continue to arrive on Greek islands.

Most of the new arrivals this year are women and children, according to United Nations data. In earlier years, men were the first to flee to Europe, leaving other family members to follow. 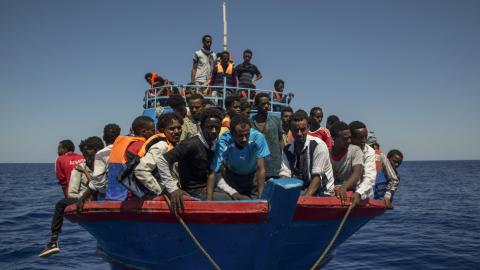 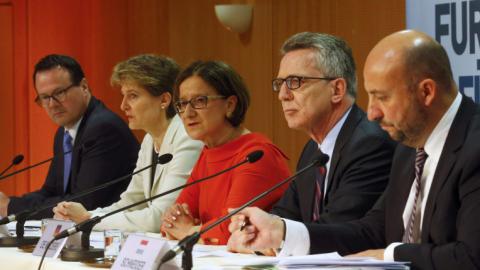