Trump says "something could happen" on climate accord

The US president met with French President Emmanuel Macron in Paris as both leaders sought common ground to reset an awkward relationship.

President Donald Trump held the door open to a reversal of his decision to pull the United States out of the Paris climate accord on Thursday, but did not say what he would need in return to persuade him to do so.

Trump, who has made few friends in Europe with his rejection of the 2015 Paris agreement and his "America First" trade stance, met with French President Emmanuel Macron as both leaders sought common ground to reset an awkward relationship.

"Something could happen with respect to the Paris accords, let's see what happens," Trump told a news conference. "If it happens, that will be wonderful, and if it doesn't, that'll be OK too."

Trump has said the Paris accord is soft on leading polluters like China and India, putting US industry at risk.

"I respect the wish to preserve jobs, I think that's compatible with the Paris accord," Macron said at the joint conference.

"There is no sudden and unexpected change today, otherwise we would have announced it, but there is the shared intention to continue discussing these issues," the French president added.

Trump and Macron's relationship got off to a bumpy start, but both have an incentive to improve relations - Macron hopes to elevate France's role in global affairs, and Trump, seemingly isolated among world leaders, needs a friend overseas.

Trump came to France beset by allegations of Russian interference in the 2016 US election, with emails released on Tuesday suggesting his eldest son welcomed an offer of Russian help against his father's Democratic rival Hillary Clinton.

Weeks after Macron hosted Russian President Vladimir Putin at the Palace of Versailles, Trump will bask in the trappings of the Bastille Day military parade on Friday and commemorations of the entry 100 years ago of US troops into World War One.

Macron welcomed Trump with a warm handshake and smiles, a contrast to the clenched-jaw greeting they shared at their first encounter in May.

"Emmanuel, nice to see you. This is so beautiful," the US president told Macron as they met at the Hotel des Invalides where Napoleon Bonaparte and other French war heroes are buried.

The US leader may struggle to stop his mind wandering back to explosive emails in which his oldest son Donald Trump Jr appeared to embrace the offer of dirt on Hillary Clinton from Russian interlocutors.

Shortly before leaving Washington, he had to parry criticisms that his administration was in disarray and his legislative agenda on the rocks.

"The WH is functioning perfectly, focused on HealthCare, Tax Cuts/Reform & many other things. I have very little time for watching TV" he tweeted.

In London, Berlin, Brussels and Paris, European leaders are wondering how best to handle the new occupant of the White House, whose nationalist "America First" agenda has upended transatlantic relations.

For the 39-year-old Macron, France's youngest leader since Napoleon two centuries ago, the visit is a chance to use soft diplomacy to win Trump's confidence and set about influencing US foreign policy, which European leaders say lacks direction.

Macron views it as counter-productive to isolate the United States on the world stage, and said he and Trump had asked diplomats to draw up in the coming weeks a concrete initiative aimed at preparing the future of Syria.

"On the Iraq-Syria situation, we have agreed to continue working together, in particular on the building of a roadmap for the post-war period," Macron said.

Trump said work was underway to negotiate a ceasefire in a second region of Syria.

On Friday, Trump will be the guest of honour at France's July 14 celebrations, a year after a Tunisian man loyal to Daesh ploughed a truck through revellers on a seafront promenade in Nice, killing more than 80.

During the US election campaign, Trump said a wave of militant attacks showed "France is no longer France", and reprimanded the then-Socialist government for allegedly bowing its head to extremists.

In bringing Trump to Paris, Macron has stolen a march on Britain's embattled Prime Minister Theresa May.

London's offer of a state visit for Trump met fierce domestic criticism and warnings that he would be greeted by mass protests.

An Elabe poll showed that 59 percent of French people approved of Macron's decision to invite Trump.

Trump described Xi, the Chinese president, as a friend and patriot, refraining from offering any remarks on the death of Liu, a prominent dissident who lost his life to cancer while in detention.

Of Xi, Trump said: "He's a friend of mine. I have great respect for him."

That praise was echoed by French President Emmanuel Macron, who described as "extremely fruitful and positive" his first contacts with Xi.

The French leader later paid tribute to Liu in a tweet, praising him as "a freedom fighter" and saying his thoughts were with his family.

Earlier Trump's Secretary of State Rex Tillerson praised Liu and called for his wife to be released.

"Mr Liu dedicated his life to the betterment of his country and humankind, and to the pursuit of justice and liberty," Tillerson said in a statement.

"I call on the Chinese government to release Liu Xia from house arrest and allow her to depart China, according to her wishes."

Nearly 11,000 police officers will be on duty, with France in its highest state of alert after a string of terror attacks since 2015 that have killed more than 300 people.

And in early July, police charged a 23-year-old suspected far-right activist with plotting to assassinate Macron at the Bastille Day parade. 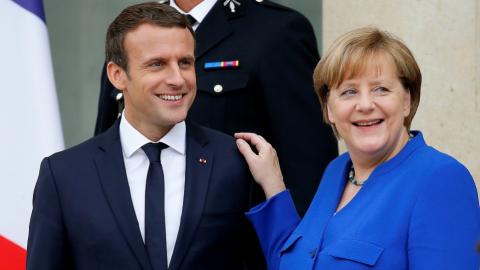 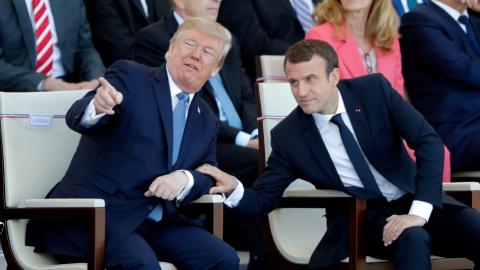 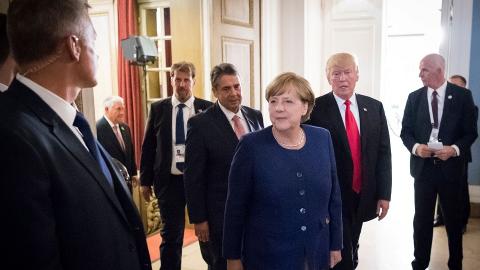