Ever since Cyprus was split in 1974, the Turkish Cypriot demands for a rotating presidency and Greek Cypriot demands that Turkey withdraws all of its 30,000 troops from the island remain key barriers to a united island.

Turkey has insisted that it won't sign up to any deal involving the withdrawal of all its troops from Cyprus, as it appeared to toughen its stance on Tuesday in talks to reunify the Mediterranean island.

The current negotiations to end the 43-year divide of Cyprus started on hopeful note on June 28 at the Swiss ski resort of Crans-Montana. UN Secretary-General Antonio Guterres went as far as to say it was a "positive, result-oriented meeting".

However, Turkey's foreign minister Mevlut Cavusoglu made it clear on Tuesday that a peace accord would not include a specific, agreed-upon date by which all Turkish troops would have to be pulled out.

Turkey has kept more than 35,000 troops on Cyprus since 1974, overtly to protect the Turkish Cypriot community in the wake of a Greek-inspired coup that left the island divided by a UN-controlled buffer zone.

The remarks leave no negotiating room for Greek Cypriots who have been pushing for a full troop pull-out in order to remove what they see as a vestige of control from Ankara.

"The Greek position remains that ... the occupying troops must leave," Kotzias said following a morning meeting in Crans-Montana, according to a foreign ministry statement.

Turkish Cypriots think the presence of Turkish troops undergirds their security and want them to stay.

Turkey and the two other guarantors for Cyprus — Greece and former colonial ruler Britain — are deeply involved in the negotiations, especially on the pivotal issue of the island's future security.

The Greek Cypriots have proposed an international police force, backed by the UN Security Council, to keep the peace once the island is reunified.

The talks, which started June 28, are due to run until the end of the week.

The Eastern Mediterranean island has been divided since 1974 when a Greek Cypriot coup was followed by violence against the island's Turks, and Ankara's intervention as a guarantor power. 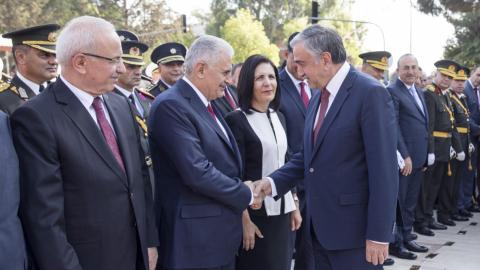 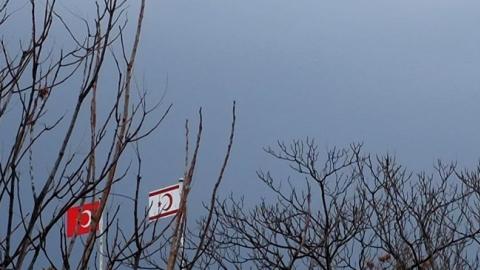