Prime Minister Theresa May said the threat level was lowered following "significant" amount of police action over the last 24 hours as part of the investigation into the Manchester bombing that killed 22 people.

British Prime Minister Theresa May announced Saturday that Britain had lowered its security alert level to "severe" from the highest rating "critical" following police actions resulting in the arrest of several suspects over Manchester bombing.

"A significant amount of police action has taken place over the last 24 hours and there are now 11 suspects in custody," May said in a statement.

"The public should be clear about what this means. A threat level of severe means an attack is highly likely. The country should remain vigilant."

As a result, soldiers who have been assisting police would be withdrawn from Britain's streets from midnight on Monday.

Earlier, police said they had made two more arrests overnight as they closed in on other possible members of a suspected network behind Salman Abedi, the suicide bomber who killed 22 people on Monday night.

The threat assessment has now been returned to the level it was at prior to the Manchester attack.

Officers said they had used a controlled explosion to gain entry to an address in the north of the city where two men were detained on Saturday.

Raid in Moss Side

Some hours later, police cordoned off a large area in the Moss Side area of south Manchester and houses were evacuated with a bomb disposal unit sent to the scene.

A witnessed, who declined to be named, said he saw three men being taken away from the address.

"As part of an ongoing search at a property in Moss Side an evacuation is currently being carried in the area," police said in a statement.

On Friday, Britain's most senior counter-terrorism officer said police were confident that they had made "immense" progress and had apprehended a "large part of the network".

However, extra armed officers will be on duty across the country with security stepped up at some 1,300 events over the long holiday weekend.

There are a number of high-profile events over the weekend including soccer cup finals in London and Glasgow, and the Great Manchester Run.

Meanwhile, political campaigning for the June 8 national election which was suspended after the Manchester attack resumed on Friday with the bombing becoming a central feature. 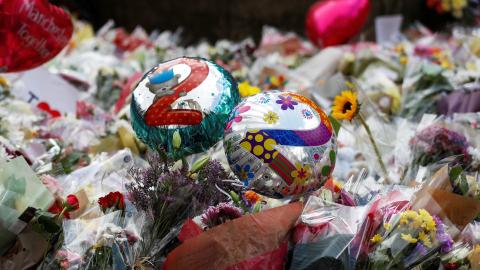 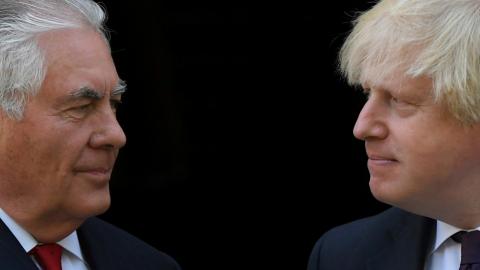 US takes full responsibility for leaks after Manchester attack 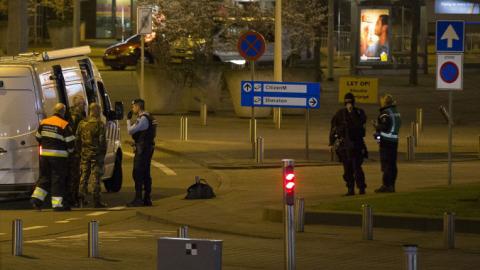