Ukraine's new President Volodymyr Zelenskiy visited military positions in the country's east, where the army has been fighting Russia-backed separatists for five years. Zelenskiy was inaugurated a week ago.

Ukrainian President Volodymyr Zelenskiy visited the army's positions in Luhansk region on Monday for the first time since being elected.

In his inauguration speech in May, Zelenskiy said his first task was to achieve a ceasefire, adding that dialogue could only happen after the return of Ukrainian territory and prisoners of war.

Rebellions broke out against Ukrainian government rule in the Donetsk and Luhansk regions in 2014 shortly after a pro-Russian president was toppled in Kiev in a popular revolt.

Moscow provided military help for the separatists in the east, according to evidence gathered by Reuters, though Russian officials have denied providing material support. 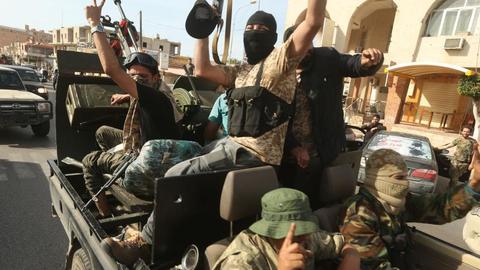