In an interview with The Guardian newspaper, UN expert Agnes Callamard said a Saudi official threatened to have her "taken care of" if she was not reined in by the UN over her investigation into the murder of journalist Jamal Khashoggi.

The UN human rights office has confirmed the accuracy of published remarks by the independent expert who led an investigation into the murder of Jamal Khashoggi alleging that a senior Saudi official had made a threat against her.

The Guardian newspaper on Tuesday quoted Agnes Callamard, UN expert on summary killings, as saying a Saudi official had threatened she would be "taken care of" if she was not reined in following her investigation into the journalist's murder.

"We confirm that the details in the Guardian story about the threat aimed at Agnes Callamard are accurate," UN human rights spokesman Rupert Colville said in an email reply to Reuters.

The UN human rights office had informed Callamard about the threat as well as UN security and authorities, he added.

Callamard told the Guardian the threat was conveyed in a January 2020 meeting between Saudi and UN officials in Geneva. She said she was told of the incident by a UN colleague, the newspaper reported.

'Mockery of justice'
Callamard led a UN investigation into the October 2018 killing of Khashoggi by Saudi agents at the kingdom's Istanbul consulate. She issued a report in 2019 concluding there was "credible evidence" that Saudi Crown Prince Mohammed bin Salman and senior Saudi officials were responsible for killing the Washington Post journalist and US resident.

She subsequently called for sanctions against Prince Mohammed’s assets and international engagements.

The prince denies any involvement in the killing but has said he bears ultimate responsibility because it happened under his watch.

READ MORE: US to press Saudi Arabia for full investigation into Khashoggi murder

The alleged threat was made during a meeting between Geneva-based Saudi diplomats, a visiting Saudi delegation and UN officials, the Guardian reported. After the Saudi side criticised Callamard's work in the case, the newspaper reported, one senior Saudi official said he had spoken to people prepared to "take care of her."

"A death threat. That was how it was understood," Callamard was cited as saying. "People that were present, and also subsequently, made it clear to the Saudi delegation that this was absolutely inappropriate."

Callamard has criticised a Saudi court's ruling in September to jail eight people for up to 20 years for the murder, accusing the kingdom of making a "mockery of justice" by not punishing more senior officials.

The Saudi government rejected the findings and reiterated that the murder was a heinous crime by a rogue group.

Callamard, whose replacement was announced on Wednesday, is taking up a new post as secretary general of Amnesty International. 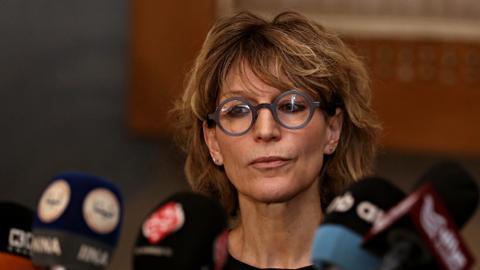 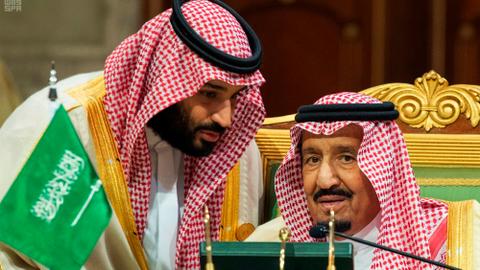