The World Anti-Doping Agency's decision brings to a close one of sports' most notorious doping scandals but is bitterly disputed by hundreds of athletes and the industry at large.

The World Anti-Doping Agency (WADA) on Thursday lifted a ban on Russia's anti-doping agency, paving the way for Russian athletes to return to competition but also sparking claims of "treachery" and "dark shadows" cast over the fight against drugs in sport.

Reedie said the decision "provides a clear timeline by which WADA must be given access to the former Moscow laboratory data and samples." He said if the commitment was not met, WADA would reinstate the ban on the Russian anti-doping agency which was placed in 2015.

The decision was taken at a meeting of WADA's Executive Committee in Victoria, capital of the Indian Ocean island of Seychelles.

The Russian government applauded the decision to lift RUSADA's three-year suspension, saying it was the result of "enormous work" by Russian authorities to improve their procedures.

"Russia confirms its adherence to the principles of clean sports competition," she said.

"Over the past years Russia has done enormous work to create transparent and understandable measures to prevent doping," she said.

She said those measures included criminal prosecution for those who force someone to take banned substances.

However, condemnation of the decision was swift and brutal.

Linda Helleland, a vice-president of WADA, said the decision to lift the ban "casts a dark shadow over the credibility of the anti-doping movement."

"I am disappointed on behalf of clean athletes and everyone who believes in clean sport," wrote Helleland, a Norwegian, who was one of only two WADA Executive Committee members to vote against.

"Today we made the wrong decision in protecting the integrity of sport and to maintain public trust. Today we failed clean athletes of the world."

"In its landmark meeting today, WADA sent one clear message to the world: we put the wishes of a small handful of sports administrators above the rights of millions of clean athletes and the dreams of billions of sports fans," USADA CEO Travis T Tygart said in a statement.

WADA suspended RUSADA in November 2015 after declaring it to be non-compliant following revelations of a vast Russian-backed scheme to avoid drug testers.

A WADA report by Canadian lawyer Richard McLaren accused Russian authorities of running an elaborate doping programme with the full support of the Russian Ministry of Sport and the Russian secret service (FSB).

WADA announced last week it had received an internal recommendation to lift the suspension of RUSADA.

TRT World's Lance Santos has the latest on the WADA's decision to reinstate Russia's anti-doping agency.

The softening of WADA's stance has triggered outrage from athletes and national anti-doping agencies around the world, who have accused WADA of caving in to pressure from the International Olympic Committee (IOC).

Leading athletes signed a joint letter this week against the plan to reinstate Russia saying WADA "owe it to all clean athletes to be the guardians of clean sport."

RUSADA's reinstatement could have far-reaching implications across the sports world.

Most significantly, it removes a key obstacle to lifting the suspension of Russia by the International Association of Athletics Federations (IAAF), track and field's global governing body.

Alan Moore, a sports host for Capital FM, reports on the WADA decision from Moscow.

The IAAF has taken a hardline stance on Russian athletes since the scandal emerged, refusing to lift its ban shortly before the European Championships.

The IAAF will review Russia's status once more at its council meeting in Monaco in December.

Meanwhile, the IOC said, "We take note of the decision taken by the Executive Committee of the World Anti-Doping Agency (WADA) which is made up of an equal number of members from governments and from the sports movement.

"It follows the recommendation of the independent Compliance Review Committee." 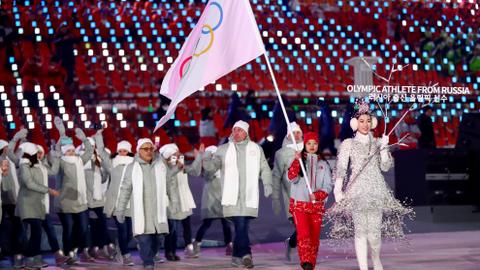