East Germans oppose the government's open-door policy for refugees, saying they themselves have not been fully integrated into the country.

In September, a mob of suspected neo-Nazis attacked teenage refugees from Syria in the German town of Bautzen. Twenty refugees between the ages of 14 and 18 were injured. Some were left traumatised and had to be relocated out of Bautzen.

"Some locals don't want us here. And when the Nazis started to beat us, the police stood by silently and did nothing," said a Syrian refugee who only identified himself as Ahmed. He had witnessed the beatings first hand and was afraid to reveal his identity. Some locals say they don't want the refugees in their town and support the far right in its anti-refugee stance.

On October 8, Ernest Bauer, a leader of the National Democratic Party or NDP, led an anti-immigration rally in Bautzen. The NDP is an ultra-nationalist political group, which some say is sympathetic to Germany's Nazi past. It is against refugee resettlement and has demonstrated across Germany against the government's open-door policy. Five hundred people took part in the protest. Some chanted, "the refugees are terrorists."

"We want them out," said Bauer, "There are criminals amongst them who want to carry out terror attacks in Germany, much like attacks in Paris and Belgium, which killed many people."

Ever since war broke out in Syria, Europe has faced an influx of one and a half million refugees. It's put pressure on communities at a time of economic downturn in most European economies. Germany has led the way taking in more than one million refugees. In response, far-right groups have held demonstrations throughout the east and even in some towns in the west.

And Bautzen had been at the center of rising tensions between locals and around two thousand refugees who have moved there in the last two years.

Bautzen's mayor, Alexander Aherns, who has helped resettle many of the refugees has supported Angela Merkel's open-door policy. But Aherns has found himself in the minority while defending the refugee resettlement initiative. He said some of the younger refugees have made it difficult to sell the idea to locals in Bautzen.

"The refugees had been disturbing locals, harassing them near the town centre" said Alexander Ahrens the mayor of Bautzen. "This gave an opportunity for the far right to move in," he said.

Sitting at his sunny office in a heritage building in the Bautzen town center, the mayor said his office was a court sentencing room which overlooked a guillotine back in the 1800s.

Asked if the past weighed heavily on him, the mayor smiled and said in East Germany, "you quite often find what I call a sort of "naive racism, the right-wing feels they are doing what the majority wants.'" And some of the locals told TRT World that the far right was indeed on the same page as them on the refugee issue.

Our visit to Bautzen coincided with 26 years of the reunification of east and West Germany. The backlash against refugee has been fiercest in towns such as Bautzen and Dresden, which were previously part of Soviet-backed German Democratic Republic. "East Germans feel that they've been left behind, socially and economically," said Aherns. He said the refugee crisis coincided with a deep sense of resentment against the reunification project. "Some east Germans question the government's approach to allowing hundreds of thousands of refugees to settle in the country, when they themselves haven't fully been integrated," said Aherns.

"Angela Merkel has betrayed us," said Bauer. He said the chancellor was peddling lies and selling a fantasy to the people. "If resettlement and integration of refugees is done properly and under established laws we may have been open to it. But this is not what is happening. Refugees are being imposed on Germans. And this we will not accept." said Bauer. 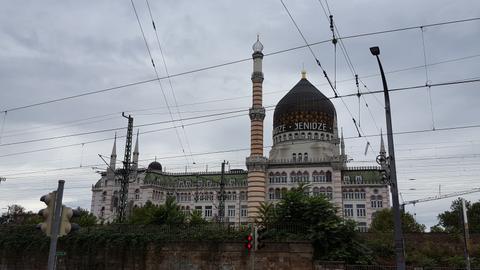 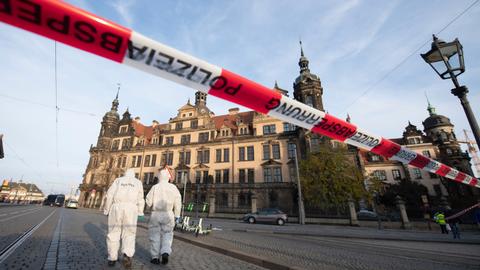