Turkey not first country to be hit by child suicide attack

Militants have used children or young adults as suicide bombers in several countries, notably Nigeria, but Gaziantep blast is appeared to be the first such attack in Turkey

A suicide bomber as young as 12 killed at least 51 people at a wedding in Turkey, President Recep Tayyip Erdogan said Sunday.

Erdogan said Saturday's blast in Gaziantep near the Syria border "was the result of a suicide bomber aged between 12 and 14 who either detonated (the bomb) or others detonated it."

Militants have used children or young adults as suicide bombers in several countries, notably Nigeria, but this appeared to be the first such attack in Turkey.

Here is the situation in other countries where children have been forced to carry out suicide bombings.

The number of children used by Nigeria's Boko Haram to carry out suicide bombings had risen 11-fold in one of the most "horrific" aspects of insurgency, UNICEF said in an April report.

"The number of children involved in 'suicide' attacks in Nigeria, Cameroon, Chad and Niger has risen sharply over the past year, from four in 2014 to 44 in 2015," UNICEF said.

More than 75 percent of the children involved in such attacks are girls, added UNICEF, who described them as "victims" not "perpetrators."

In January 2015 a girl thought to be just 10 years old blew herself up in a crowded market, killing at least 19 people, whilst in November of the same year, 15 people were killed when two female suicide bombers, one said to be aged around 11, blew themselves up at a busy mobile phone market in northeast Nigeria.

In 2012, a suicide bomber struck outside NATO HQ in Kabul killing six people, including child beggars. Afghan authorities said the attacker was 16 although the Taliban, who claimed the bombing, denied this.

The Taliban sent him to kill "infidel troops", he told local media, but he had last-minute misgivings after seeing soldiers praying inside a mosque.

The insurgents say "boys with no beards" are never used in military operations, but Afghan authorities routinely report intercepting Taliban child bombers, some as young as six.

Officials say children are used as "human missiles", their tiny bodies a nimble conduit of flesh-searing explosives, able to penetrate layers of security.

In July 2015, the Syrian Observatory for Human Rights said the DAESH terrorist group was increasingly relying on children to carry out suicide bombings.

The observatory said DAESH had used 18 children as suicide bombers so far that year. 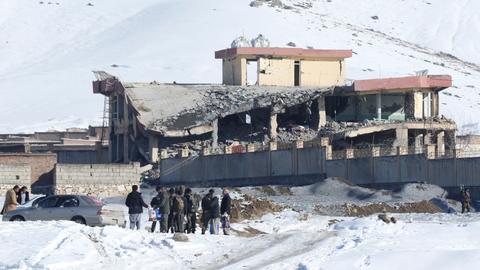 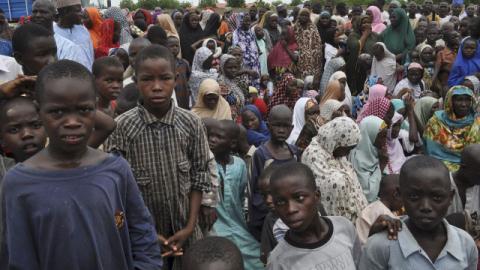