Dieselgate: Is it even about the environment?

Volkswagen might have agreed to one of the largest ever corporate settlements to tackle the emissions scandal, but industry insiders are now questioning whether that's enough.

Volkswagen (VW) lied to its customers and the regulators.

Millions of cars were sold preinstalled with sophisticated software which understated the level of nitrogen oxide (NOX) emissions, a cause behind many life threatening illnesses and thousands of deaths around the world every year.

Volkswagen was exposed by the US Environmental Protection Agency (EPA) and was made to pay $14.7 billion in damages. That was the penalty for cleaning up the mess, the EPA announced on June 28th.

That was a day of celebration for environmentalists. Or so it seemed.

VW is spending the bulk of that money - $10 billion – to take 482,000 cars off the roads in the US. Around $2 billion will be used to accelerate research on electrical cars, and the remaining $2.7 billion will be spent to fully remediate the excess NOx emissions from the affected 2.0 liter vehicles.

But here's the thing. VW is the world's second largest automobile manufacturer and it has sold far more of these NOX emitting cars in Europe – more than 8 million to be precise. Hundreds of thousands are on the roads in India, South Korea and elsewhere.

Will they be taken off the roads?

"Unfortunately not," says Drew Kodjak, the executive director of the International Council on Clean Transportation (ICCT), speaking to TRT World. The ICCT is the organization which helped bring 'Dieselgate' into the limelight.

European governments had known for years that vehicles were releasing NOX emissions well over the accepted standard but did not act, he said. "And it doesn't look like governments are going to act even now."

Governments have already expressed their inability to do anything citing the complicated legal framework which oversees emissions control in Europe.

Nick Molden, CEO of Emissions Analytics, a company that specializes in testing for pollution, told TRT World that as long as new car models clear the tailored laboratory tests in Europe, manufacturers don't need to worry about the amount of emissions released during real world driving.

"All you have to do is pass a laboratory test…so if you do that, your car is fine, even if in the real world the car is releasing four times NOX emissions over the limit."

Strange as it seems but that's how the regulations work, he says.

'Dieselgate' takes root in such lab tests. The defeat device – basically a software – installed in VW cars would detect when a vehicle was being tested in the laboratory and switch to a mode of low NOX emission.

The cheat was detected after researchers took the cars for so-called real world testing on the road. Emissions came out to be 40 times higher, according to the research.

There is no fix for millions of diesel cars in Europe.

Molden, who has appeared before the European Parliament as an expert, says at best only the defeat device would be removed. "That means customers will take their cars to a garage and wait for, let's say, 30 minutes while a mechanic changes the software code."

But whether this would have any effect on emissions and fuel economy is yet to be seen, he said.

In theory, VW's diesel engine vehicles can be fixed to bring down NOX emissions. This would require retrofitting cars with something called Selective Catalytic Reduction, which uses urea to neutralize the emissions.

The problem with this fix is not so much the cost, that comes out to a few hundred dollars per vehicle, but lack of space in the cars to install the system, says Julia Poliscanova, a manager at non-profit Transport and Environment.

Retrofitting would require the steel structure of VW cars to be modified. Alternatively, it would be feasible for the company to just buy back the cars but VW is in no mood to spend billions more in Europe, she said.

"There are many more vehicles in Europe than the US but VW has been let off the hook. We need to ask why."

And it's not just VW, most of the European automobile manufacturers use defeat devices while governments continue to look the other way, Poliscanova said.

Even though its immediate effects would not be pronounced on the global environment, the scandal has set off a debate on plugging the legal loopholes. European politicians are now pushing to strengthen these laws.

A new set of regulations to counter the NOX emissions is expected to be introduced by September of next year.

"But even then there is something called a margin of error of 2.1. That means that while the regulated level (of NOX emissions) could be 80 milligrams per kilometer (mg/km), manufacturers could have their cars release 160 mg/km and it would be fine," said Nick Molden of Emissions Analytics.

One positive thing that is expected to happen is real world testing which would require new models to be tested on roads, he said.

The VW episode could also help boost the auto industry's shift towards electrical engines and away from gasoline and diesel.

"One element of the settlement where Volkswagen is giving $2 billion for research on electrical vehicles is unprecedented," says Kodjak.

The chance of catching any other manufacturer cheating again, at least in the US, is unlikely because of the high penalties VW has paid, he says.

"Let me actually be a little bit careful about my statement. I don't think that it would happen in the United States but manufacturers in other markets still have incentive to use defeat devices." 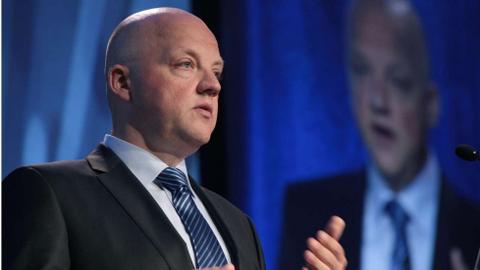