A key concern is the drug’s safety if used long-term because it’s a protein and not a small molecule like a statin, a drug that lowers blood cholesterol and protects against heart attacks.

A cancer drug that is being investigated for starving tumour cells may have alternative uses, too.

A group of scientists at Washington University School of Medicine in St. Louis has carried out a study with the cancer drug that “shows evidence of improving whole body metabolism, leading to improved weight control.”

Pegylated arginine deiminase (ADI-PEG 20), the authors write in the journal Cell Reports Medicine, is currently used to treat cancerous tumours. It has been shown to improve insulin sensitivity, dyslipidemia – unhealthy levels of fat in a patient’s blood –, and liver fat in obese mice.

Calling obesity “a multisystemic disorder of energy balance,” the authors admit that even though it has been researched extensively, “the determinants of energy homeostasis remain incompletely understood,” and that effective treatments against obesity and its complications are “lacking.”

The scientists treated two groups of mice with ADI-PEG 20: one group was genetically prone to obesity, while the other was fed high-fat, high-sugar foods and became obese by diet. ADI-PEG 20 “increased insulin sensitivity, improved cholesterol levels, reduced fat buildup in the liver and lowered inflammation.”

ADI-PEG 20 protected the mice genetically prone to obesity from becoming overweight, while it resulted in weight loss in mice who gained weight due to their diet.

Scientists are exploring whether the liver cancer drug may be used as a treatment for other cancers, including sarcoma, breast and pancreatic cancers. Pegylated arginine deiminase (ADI-PEG 20) breaks down the amino acid arginine in the blood, cutting off cancerous cells from a fuel source.

The researchers became curious about ADI-PEG 20 and decided to explore it after they found out the genes responsible for breaking down arginine have a highly increased effect when the body is in a fasting state. They wanted to find out whether the drug could mimic the effect of fasting on the body.

According to the news release, the researchers found that the drug “triggers cells to undergo a process called autophagy, or self-eating, a cellular level house cleaning process.” Cells undergoing autophagy burn their own cellular waste products for fuel. When a patient is fasting, with no new fuel source coming in from the external world, their cells begin the autophagy process, “turning inward for their fuel supply.”

“Giving this drug seems to mimic some of the metabolic and therapeutic effects of fasting,” says DeBosch, an associate professor of paediatrics at Washington University at St. Louis.

“I was surprised by how large the effect was. In the mice prone to weight gain, the group that received the drug ended up weighing about 25% less than the mice that didn’t get the drug,” he explains. “And in the mice on the high-fat, high-sugar diet, we saw similar weight loss from the drug. Also, we don’t think that the preponderance of the drug’s metabolic benefits are from changes in body weight. In fact, for several outcome measures, the metabolic changes preceded significant changes in weight.”

ADI-PEG 20 has been tested in clinical trials for safety and effectiveness in treating various tumours, including breast, liver, pancreatic and prostate cancers. Metabolic therapies such as this cancer drug, the study notes, “tend to have fewer side effects and are safer than chemotherapy, radiation and even newer immunotherapies used to treat cancer.”

DeBosch, who is a paediatric gastroenterologist treating patients at St. Louis Children’s Hospital says the research team would like to carry out a clinical trial of ADI-PEG 20 on humans, to see whether the effects are similar to those on mice who are genetically or dietetically inclined to obesity. Overweight or obese subjects would be treated with the cancer drug to see if it would affect their metabolism positively, resulting in weight loss.

A key concern is the drug’s safety if it is used long-term. Because it’s not a small molecule like a statin (a drug that lowers blood cholesterol and protects against heart attacks), there is a possibility that its use may have to be limited to a shorter term than decades that statins are prescribed for.

Pegylated arginine deiminase (ADI-PEG 20) is a protein, so there is a catch: “patients could develop an immune response to it over time.” Yet DeBosch says it could be effectively used for weeks or months.

“Many patients with obesity who are considering bariatric surgery must first lose some weight to make the procedure safer,” DeBosch says. “It can be difficult for such patients to lose up to 10% of their body weight before the surgery. This type of therapy could potentially serve as a bridge to help patients lose weight before bariatric surgery, to reduce the risk of complications during and after the procedure.” 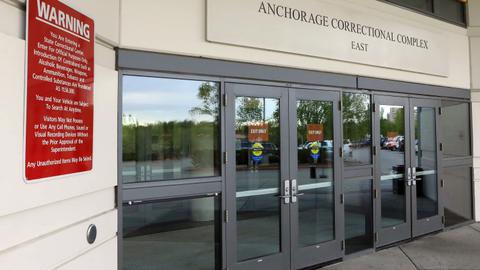