UN climate talks in Bonn will begin on Wednesday. Even though the US said it will withdraw from the Paris agreement, it has sent a delegation.

Despite announcing it will withdraw from the Paris Agreement, the US has sent a delegation to Bonn, tasked with drawing up rules for executing the hard-fought pact on winding down earth-warming greenhouse gas emissions from burning coal, oil and gas.

Washington's presence is not universally appreciated, especially after White House officials hosted a sideline event on Monday defending the continued use of fossil fuels.

"A lot of negotiators are not happy with the way the US has been behaving in some of these negotiations," Alden Meyer of the Union of Concerned Scientists, a veteran observer of the climate process said.

The United States, which championed the Paris Agreement under former president Barack Obama, ratified it just two months before Donald Trump who has described climate change as a "hoax" was voted into office.

In June, Donald Trump announced America would pull out of the historic pact.

The Syrian regime, this week, became the 196th country to adopt the agreement, leaving the United States as the only nation in the UN climate convention to reject it.

Bureaucrats have been discussing the Paris Agreement rule book for the past nine days. Now it is the turn of energy and environment ministers to unlock issues above the pay grade of rank-and-file negotiators.

The goal is to draft a set of decisions to be adopted before the meeting ends on Friday.

Decisive phase of the talks

Mohamed Adow of Christian Aid, who represents the interests of poor countries at the talks has stated that "Ministers speaking at the UN summit in Bonn on Wednesday have a big job to do. This meeting is not making progress on some key issues."

"It almost feels like negotiators have taken this Fiji-led summit and treated it as if they are on holiday in the Pacific," he added.

Along with UN chief Antonio Guterres, French President Emmanuel Macron and German Chancellor Angela Merkel will kick off on Wednesday a day-and-a-half of back-to-back 'high-level' speeches.

CO2 emissions are again on the rise and the Paris Agreement is at risk: we must do better.

But the 1 C mark has already been passed, and scientists say that on current country pledges, the world is headed for a 3 C warmer future, or more.

"We need to mobilise the agreed $100 billion annually for developing countries," Guterres told reporters ahead of his trip to the UN climate conference.

"This is crucial to spur action and to build trust. We are far from having that entirely guaranteed," he added.

Under the Paris climate deal, wealthy countries renewed their commitment to raise $100 billion by 2020 to help developing countries deal with global warming, but there are concerns that they will not reach that target.

Donald Trump in June said the US would no longer contribute to the Green Climate Fund, which helps poorer countries adapt to climate change, when he announced the US withdrawal from the Paris deal. 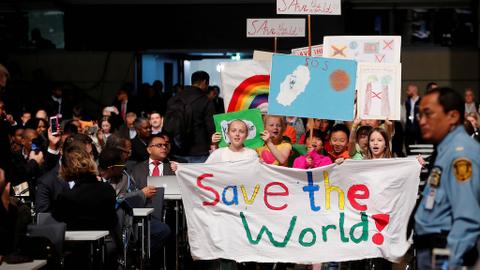 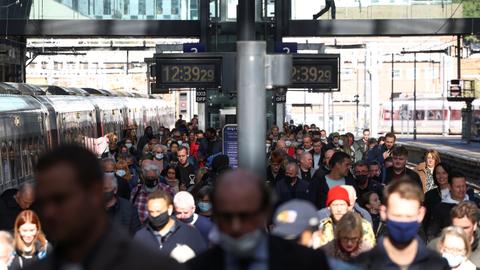 WHO: Covid-19 cases on the rise again globally – latest updates