Google engineer James Damore caused a furore with an internal memo that suggested men naturally do tech better than women.

Internet giant Google has fired the male engineer at the centre of an uproar in Silicon Valley over the past week after he authored an internal memo asserting there are biological causes behind gender inequality in the tech industry.

James Damore, the engineer who wrote the memo, confirmed his dismissal, saying that he had been fired for "perpetuating gender stereotypes."

Damore said he was exploring all possible legal remedies. He said that before being fired, he had submitted a charge to the US National Labor Relations Board (NLRB) accusing Google upper management of trying to shame him into silence.

"It's illegal to retaliate against an NLRB charge," he said.

The move was not officially confirmed by Google. But it splashes fuel on a burning controversy about whether "political correctness" at the company was stifling free speech.

Google chief executive Sundar Pichai however said he supported the right of employees to express themselves, adding that much of what was in the memo was open to debate, but not all of it.

"However, portions of the memo violate our Code of Conduct and cross the line by advancing harmful gender stereotypes in our workplace," Pichai said.

"To suggest a group of our colleagues have traits that make them less biologically suited to that work is offensive and not OK."

Pichai noted that the company code of conduct calls for "Googlers" to do their utmost to create "a culture free of harassment, intimidation, bias and unlawful discrimination."

However, Pichai defended the author's right to criticise Google training, workplace ideology, and whether programmes promoting workplace diversity are adequately open to all.

"The author had a right to express their views on those topics," Pichai said.

"We encourage an environment in which people can do this and it remains our policy to not take action against anyone for prompting these discussions."

It was not immediately clear what legal authority Damore could try to invoke. Non-union or "at will" employees, such as most tech workers, can be fired in the United States for a wide array of reasons that have nothing to do with performance.

The US National Labor Relations Act guarantees workers, whether they are in a union or not, the right to engage in "concerted activities" for their "mutual aid or protection."

Damore, though, would likely face an uphill fight to seek that protection based on his memo, said Alison Morantz, a Stanford University law professor with expertise in labour law.

Is tech really a forward-thinking industry?

Debate over the treatment of women in the male-dominated tech industry has raged for months.

Management at the largest tech firms, including Google, have publicly committed to diversifying their workforces, although the percentage of women in engineering and management roles remains low at many companies.

In a throwback to arguments feminists and progressives have been fighting against for decades, Damore's memo attacked the very idea that gender diversity should be a goal.

"The distribution of preferences and abilities of men and women differ in part due to biological causes and ... these differences may explain why we don't see equal representation of women in tech and leadership," Damore wrote in the internal company memo last week.

The news became a hot topic on Twitter, with supporters of the sacked employee saying his right to free speech had been stifled in the name of political correctness, an increasing familiar charge in America's culture wars.

The screed read in part like an appeal to an earlier age, when the 'natural' differences of men and women were taken for granted as an explanation for political, economic and social differentiation.

Damore claimed that 'natural' aptitudes of men allow them to become better computer programmers, while women have more "openness directed towards feelings and aesthetics rather than ideas" – meaning they "prefer jobs in social or artistic areas."

The controversy comes as increasing numbers of women are going public with complaints of gender-based discrimination in Silicon Valley.

Currently some 69 percent of Google's employees are men, according to the company's latest figures, a proportion that rises to 80 percent when it comes to technology jobs.

In 2016 at Facebook just 27 percent of senior executives were women. At Apple, around 30 percent of total employees are women.

Claims of persistent sexual harassment in the ranks of Uber Technologies Inc and of several venture capital firms led to management shakeups. 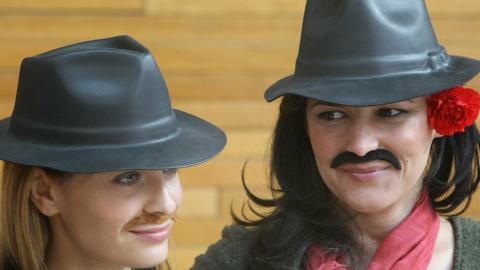