1
Is Haftar's war on terror aimed at masking his alleged crimes in Libya?
2
7 books on the refugee experience every child should read
3
A breath of fresh air: Istanbul Music Festival to arrive outdoors
4
UK apologises for failing rape victims, blames funding cuts

The US elections are days away, on November 3, 2020. Here’s a look back at President Donald Trump’s four years in office.

Donald Trump was elected in the 2016 elections. But right after his election, many women got together during the first day of his presidency on January 21, 2017, to protest the new president who has been accused by 26 women of sexual misconduct, in the capital. More protests followed around the country.

US President Donald Trump's first trip overseas was to Saudi Arabia, for the 2017 Riyadh summit, on May 20-21, 2017. Leaders and representatives of the OIC (Organisation of Islamic Cooperation) and the US attended. Turkey and Iran boycotted the gathering, while Syria was not invited.

The US and Saudi Arabia had good relations, not even the killing of dissident Jamal Khashoggi at the Saudi embassy in Istanbul, Turkey in October 2018 could break. In the photo below, Donald Trump is seen with Crown Prince Mohammed Bin Salman who is accused by many as the mastermind behind the Khashoggi killing, discussing arms sales to the kingdom.

Donald Trump surrounded himself with family members as staff, such as his daughter Ivanka Trump, an adviser and a convert into Judaism, who was with United States Secretary of the Treasury Steven Mnuchin at the establishment of an embassy in Jerusalem, Israel, a move that angered Palestine and many Arab states.

Trump also made waves with his “zero tolerance” immigration policy that turned away asylum seekers at the southern border and forcibly separated children from their parents. As of the writing of this article, there are still as many as 545 children who haven’t been reunited with their parents and are at the care of ICE (Immigration and Customs Enforcement).

US-Russia relations have been rocky for the four years Trump has been president. There are strong allegations that Russia meddled in the US elections in which he was elected.

Donald Trump’s White House saw the longest federal government shutdown in US history, from midnight EST on December 22, 2018, until January 25, 2019 (35 days). It was because of a congressional disagreement over the budget for the 2019 fiscal year.

Trump touted his good relations with North Korea and its leader, Kim Jong Un and became the first president to step foot inside of North Korea ahead of his meeting with the Hermit Kingdom’s leader.

The United States during Trump’s presidency managed to hammer out a deal with the Taliban after 19 years at war in Afghanistan. But, as TRT World writes, “While the US and its archenemy the Taliban announced they had arrived at some degree of compromise on February 29, no one except the chief US negotiator Zalmay Khalilzad, an Afghan American, and top Taliban leaders, knows about the 'secret' annexes to the agreement.”

The Trump administration backed the controversial normalization agreement between the United Arab Emirates and Israel. Promoting tourism, economic trade, and diplomatic ties between these Gulf countries and Israel, Trump said: "Thanks to the great courage of the leaders of these three countries, we take a major stride toward a future in which people of all faiths and backgrounds live together in peace and prosperity."

After the previous US President Barack Obama spent his time in office sealing the nuclear deal with Iran, it was Trump’s priority to completely reverse the international diplomatic agreement. This meant that Iranians had to go back to suffering sanctions under Trump’s ‘maximum pressure’ campaign.

Donald Trump was heavily criticised for his response to the Covid-19 pandemic, for reacting late, not wearing a mask, and minimising how dire the illness can be in communities across the US. The latest salvo came from former President Barack Obama, who mocked Trump for being jealous of the coverage that Covid is getting. 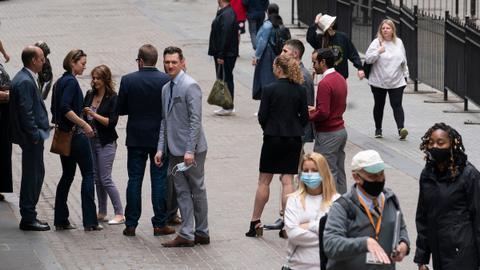 US to spend $3.2B on antiviral pills for Covid-19 – latest updates

1
Is Haftar's war on terror aimed at masking his alleged crimes in Libya?
2
7 books on the refugee experience every child should read
3
A breath of fresh air: Istanbul Music Festival to arrive outdoors
4
UK apologises for failing rape victims, blames funding cuts