The term has a commonly accepted meaning under the Refugee Convention and Protocol but it no longer covers all people who are forcibly displaced.

Who counts as a "refugee", and who doesn't? The answer is not so straightforward.

We sum up a comment published in The Economist that analyses how framing the term "refugee" started and how it now could do with a renewed definition.

The story goes back to the two world wars: governments were forced to create international laws to protect the people displaced by them.

The League of Nations established a High Commission for Refugees in 1921 to aid the millions of people left stateless by World War One.

But after World War Two, the Economist points out, Europe faced an even larger refugee crisis, resulting in Article 14 of the Universal Declaration of Human Rights in 1948 obligating states to protect refugees.

The Refugee Convention of 1951 set out parameters for those obligations.

The first version covered people who became refugees due to events in Europe before 1951. The “Protocol Relating to the Status of Refugees” extended the convention’s protections to non-Europeans in 1967.

82.4 million forcibly displaced people worldwide at the end of 2020 as a result of persecution, conflict, violence, human rights violations or events seriously disturbing public order, according to the UN refugee agency.

Who is a refugee under the convention?

“Someone who is unable or unwilling to return to their country of origin owing to a well-founded fear of being persecuted for reasons of race, religion, nationality, membership of a particular social group, or political opinion.”

As the Economist points out, the “non-refoulement” provision of the Convention is key; it prevents sending people back to countries where they encounter a “credible” threat of persecution, along with requiring countries to not punish refugees who entered their countries illegally if they arrived “directly” from the place they were persecuted.

Various tribunals have since expanded their interpretation of the Convention.

Some have recognised that irregular entry should not prevent asylum-seekers from obtaining refugee status, even if they passed through a third country.

But universally, today, millions who are forced to leave their homes are covered by the Convention.

The recent rise in the number of asylum-seekers coming to Europe and America has caused a backlash against the obligations imposed by the Convention.

As the comment pointed out, those who object seem to overlook that many of today’s forcibly displaced people are fleeing perils that the Convention's drafters could not imagine. 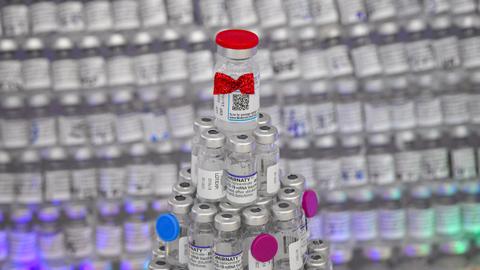 WHO: Vaccine mandates should be 'last resort' – latest updates