The global coronavirus pandemic has infected almost 40 million people and claimed over a million lives around the world. Here are updates for October 17:

Italy has registered a record 10,925 new infections in 24 hours, the health ministry said, up from the previous record of 10,010 cases posted on Friday.

There were also 47 new deaths, down from 55 the day before, the ministry said, far fewer than at the height of the pandemic in Italy in March and April when daily fatalities peaked at more than 900.

Italian Prime Minister Giuseppe Conte will announce new measures on Sunday to counter a surge in cases, his office said.

Britain has recorded 16,171 new cases within 24 hours, according to government data, compared with 15,650 the previous day.

The data showed 150 new deaths, defined as having occurred within 28 days of a positive test, compared to 136 on Friday.

The team will be handled by Diacre's assistant Eric Blahic, who had the virus himself in September. He will be aided by the fitness trainer Anthony Grech-Angelini.

India’s infections have risen by another 62,212 cases over the previous day and a local media report said that the government had begun identifying about 300 million people who would be given the vaccine first when it is ready.

The Times of India said that frontline health and sanitation workers, police officials and elderly people with co-morbidities will get the vaccine on priority.

India's cumulative tally of coronavirus infections stood at 7.43 million, having risen by 62,212 in the last 24 hours, health ministry data showed.

Israel is preparing to ease some lockdown restrictions from Sunday in the "first phase" of scaling back measures imposed last month to stem soaring infection rates.

The easing of some of the rules, in force since September 18, was approved on Thursday by the government, contingent on new cases being no higher than 2,000 per day, according to a statement by the health ministry and the office of Prime Minister Benjamin Netanyahu.

New measures for Europe after resurgence of virus

New restrictions went into effect in several other European nations in an effort to staunch the resurgence of the pandemic.

The current tally across the continent is over 6.7 million and more than 237,000 deaths.

In Paris and eight other French cities, restaurants, bars, movie theaters and other establishments were being forced to close no later than 9 pm to try to reduce contact among people.

The country was deploying 12,000 extra police officers to enforce the new rules.

In Britain, a three-tier regional approach to battle the pandemic introduced by Prime Minister Boris Johnson this week went into effect, with each level bringing in progressively tighter restrictions.

On Saturday, tier-2 cities like London and York were subject to a ban on socialising with people from other households indoors, while the county of Lancashire joined Liverpool in tier 3 with the tightest restrictions.

Among other things, that means pubs have been forced to close and socialisation with others is banned even in many outdoor settings.

In Northern Ireland a “circuit breaker” lockdown lasting four weeks came into force Friday in an attempt to quickly tamp down the spread of the virus. All pubs and restaurants must close except for takeaway services, and schools will close for two weeks for an extended half-term holiday.

Chancellor Angela Merkel urged Germans on Saturday to curb social contacts and keep travel to a minimum, making a personal appeal after the federal and state governments struggled to agree on ways to contain a second wave of coronavirus infection.

"We have to do everything to prevent the virus from spreading out of control. Every day counts," Merkel said in her weekly video podcast.

While Germany's infection rates have been lower than in much of Europe, they have been accelerating and hit a daily record high of 7,830 on Saturday, according to the Robert Koch Institute (RKI) for infections diseases.

The Italian region of Lombardy, the first European epicentre of the pandemic, has ordered all bars to shut at midnight from Saturday as it battles a second wave of the disease.

All amateur sporting events have also been put on hold in the wealthy northern region where the first cases of Covid-19 in Europe emerged in February.

Under the new restrictions that will stay in effect until November 6, bars will after 6 pm only be able to serve customers seated at tables, and the sale of takeaway alcohol is also banned after that time.

Lombardy, the most populous region of Italy, has also prohibited the consumption of food and drink in all public outside areas under the new rules.

Poland reported a record 9,622 new infections on Saturday, according to health ministry data published on Twitter, as fitness workers gathered in the capital to protest against fresh restrictions to fight the pandemic.

The country was initially successful in containing the virus in spring but has faced a sharp rise in the number of infections and related deaths in recent weeks, threatening to overload the health system.

Earlier this week the government urged citizens to stay at home and ordered gyms and pools to close, restaurants to limit opening hours and a shift to remote teaching in universities and secondary schools.

The total number of cases the country has detected since March has risen to 160,112, double the number seen on October 2 and more than six times the amount overall before September.

Austrian Foreign Minister Alexander Schallenberg has tested positive for the virus and might have caught it at a meeting with his European Union counterparts on Monday, a spokeswoman for his ministry said.

"As a precautionary measure all members of the government will be tested on Saturday. It is suspected that Schallenberg might have been infected at the Foreign Affairs Council in Luxembourg on Monday," the spokeswoman said, adding that Schallenberg was symptom-free and had a routine test.

Ukraine registered a record 6,410 new virus cases in the past 24 hours, the national security council said, up from a previous record of 5,992 reported on Friday.

The council said 109 patients had died in the past 24 hours, the highest daily toll since the start of the pandemic.

The daily tally of virus infections spiked above 5,000 in October, prompting the government to extend lockdown measures until the end-2020.

Iran has announced that its death toll has passed the milestone of 30,000 killed.

The announcement Saturday by Health Ministry spokeswoman Sima Sadat Lari saw Iran put its total death toll from the outbreak at 30,123 killed, with a total of 526,490 confirmed cases.

Iran has been struggling with the coronavirus since announcing its first cases in February.

India reported 62,212 new cases in the past 24 hours, raising its total to more than 7.4 million and continuing a downward trend.

According to the Health Ministry, India’s average number of daily cases dropped to 72,576 last week from 92,830 during the week of September 9-15, when the virus peaked. It is recording an average of around 70,000 cases daily so far this month.

The number of confirmed cases in Germany increased by 7,830 to 348,557, data from the Robert Koch Institute (RKI) for infectious diseases showed.

A federal judge has refused to block Gov. Andrew Cuomo’s order limiting worship to as few as 10 congregants in communities seeing spikes in coronavirus infections.

Ruling in a lawsuit brought by the Roman Catholic Diocese of Brooklyn, US District Court Judge Nicholas Garaufis said in an order Friday that even though the rules harm religious groups, it is not in the public interest to block them if they are helping prevent a wave of new infections.

“In fact, if the court issues an injunction and the state is correct about the acuteness of the threat currently posed by hotspot neighborhoods, the result could be avoidable death on a massive scale like New Yorkers experienced in the spring," Garaufis wrote.

The ruling doesn't end the lawsuit, but denied the church's request for a temporary injunction.

Thailand has recorded its first two locally transmitted cases of the virus in more than one month, the Covid-19 administration centre said.

It said in its daily report that the cases were among two Myanmar nationals living near the border with Myanmar, where infections have been surging recently.

The two were tested on October 13. They showed no symptoms but results were positive, the centre said in the statement. The last known local case was in early September.

Australia's virus hotspot of Victoria recorded a single case of the disease - the lowest daily number since early June - and no deaths, with the state's top health official saying the figures were "one-der-ful".

Victoria's capital Melbourne, which has been the epicentre of the country's Covid-19 outbreak, is in its third month of a stringent lockdown and Premier Daniel Andrews is due to update plans to ease restrictions across the state on Sunday.

"We live in hope," Brett Sutton, Victoria's chief health officer, said at a televised news conference. Earlier, when the coronavirus numbers were released, he said on his Twitter account: "One. One-der-ful."

The federal government has been increasingly putting pressure on Andrews to reopen the city and the state, with Health Minister Greg Hunt saying on Twitter on Saturday that it was time to ease.

Cases in South African reported since the first infection in early March have surpassed 700,000 amid fears of an impending second wave as the nation battles an economic recession.

Some 2,019 new cases were identified on Friday, taking the total to 700,203 the health ministry said on Friday.

The health ministry had recently warned of a second wave of the pandemic in the country of 58 million people if citizens and authorities become complacent and stop taking precautions.

After a sharp spike in cases in the month of July, when the country was reporting an increase of 100,000 infections every 7-10 days, the spread of the virus has slowed considerably.

Mexico's health ministry has reported 6,751 new confirmed cases and 419 additional fatalities, bringing the total in the country to 841,661 cases and 85,704 deaths.

China has reported 13 new cases in the mainland for October 16, compared with 24 cases a day earlier, the health commission said.

All of the new infections were imported, according to a statement by the National Health Commission.

As of Friday, mainland China had 85,659 confirmed coronavirus cases, the health authority said. 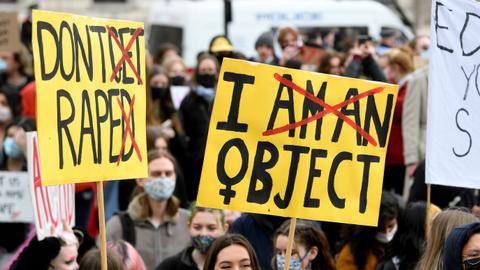 UN: Hundreds of millions of women do not have autonomy over own body 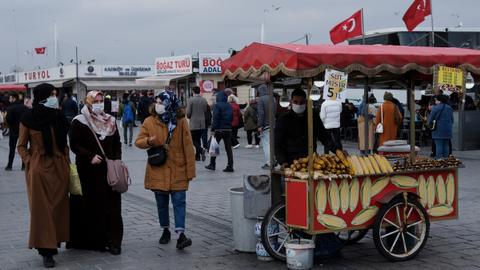