1
A cartoon school in Kas is Turkey’s first, and more is yet to come
2
Trips to Mars could happen soon after successful SpaceX rocket test
3
The 48th Istanbul Music Festival's coming to a screen near you in September
4
NASA astronauts return home in 1st splashdown in 45 years
5
UN hails 'historic' milestone in global drive to end child labour

The country's famed Barbary macaque may "disappear within 10 years", conservation groups have warned.

Morocco has launched a campaign to save an endangered monkey species, the country's famed Barbary macaque that a conservation group has warned may "disappear within 10 years".

Today, the only native primate north of the Sahara, apart from humans, the Barbary macaque is in danger of extinction, according to the International Union for Conservation of Nature (IUCN).

The only species of macaque outside Asia, which lives on leaves and fruits and can weigh up to 20 kilogrammes, was once found throughout North Africa and parts of Europe.

But having disappeared from Libya and Tunisia, it is now restricted to mountainous regions of Algeria and Morocco's northern Rif region. Another semi-wild population of about 200 individuals in Gibraltar is the only free-ranging monkeys in Europe.

"We are working on two areas -- monitoring and making a census of the species in the Rif and raising awareness among locals so that they actively help rescue it," said Ahmed Harrad, head of a local association, Barbary Macaque Awareness & Conservation (BMAC).

"If nothing is done, this species will disappear within 10 years," warns a poster on Harrad's car.

Conservationists blame illegal poaching, tourists who feed the monkeys and over-exploitation of the cedar and oak forests that form the species' natural habitat.

The North African kingdom has never conducted a nationwide census of the macaque, but scientists believe its numbers fall every year.

Based on various studies, they estimate that Morocco is home to between 3,000 and 10,000 macaques today, compared with 17,000 three decades ago.

They believe Algeria had around 5,500 Barbary macaques in the late 1980s. The number has since almost halved, according to the IUCN.

Algiers has also responded with plans to protect the species.

Harrad says it is often sold to buyers in Europe for between $110 and $330 despite laws forbidding the trade.

"A lot of foreigners buy monkeys as pets," he said.

Seen as quiet and cute when it is young, the adult monkey can become a burden, Harrad said.

"It breaks things, bites, fights with children and climbs the curtains," prompting many owners to abandon their pets, he said.

Last October, the Barbary macaque was listed as a species threatened with extinction on the Convention on International Trade in Endangered Species (CITES).

That makes buying and selling the monkeys illegal except under exceptional circumstances.

"It will allow Morocco and other countries to unify their efforts to fight against the illegal trade in Barbary macaques," Zouhair Ahmaouch, an official at Morocco's High Commission for Water, Forests and Combating Desertification said.

Morocco has a "global responsibility to conserve this heritage".

But Morocco "can't repatriate monkeys released in Europe, because we don't know whether they came from Gibraltar, Algeria or Morocco", he said.

While the macaques are hard to spot in the wilds of Morocco's Rif, some individuals in the forests of the Middle Atlas are tame, attracting tourists who come to feed them.

But Ifrane National Park head Lahcen Oukennou said feeding can cause "health problems such as obesity, which affects their health and especially their reproductive capacity".

That requires "reducing the pressure from over-exploitation of natural resources", he added.

In the forests of the Middle Atlas, authorities are organising awareness-raising sessions for tourists to discourage them from feeding or approaching the monkeys.

Pupils at local schools are also being educated about the species. 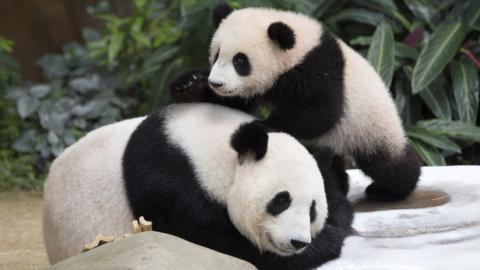 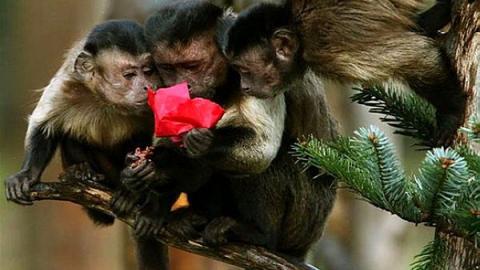 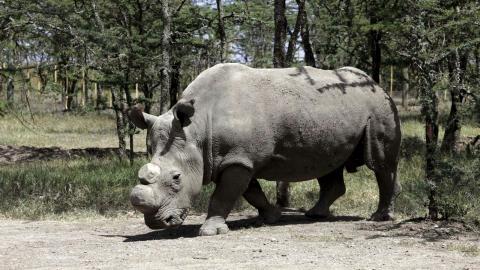 In Pictures: Some of the world's most critically endangered animals 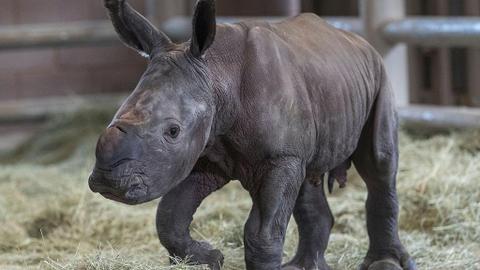 Southern white rhino born at US zoo, could help save species

1
A cartoon school in Kas is Turkey’s first, and more is yet to come
2
Trips to Mars could happen soon after successful SpaceX rocket test
3
The 48th Istanbul Music Festival's coming to a screen near you in September
4
NASA astronauts return home in 1st splashdown in 45 years
5
UN hails 'historic' milestone in global drive to end child labour