Parents picked baby names that symbolised new beginnings and travel for 2021, a year marked by lockdowns and Covid-19 restrictions, according to the UK parenting website BabyCentre.

Muhammad has held strong for another year, becoming the most popular baby boy name for 2021.

The name Muhammad "retained the crown for the fifth year running" according to data by UK's BabyCentre published on Wednesday.

In second and third place was Noah and Oliver respectively, also holding on to their positions from last year.

Nine new names made the top 100 list for boys this year, including Omar at number 79 and Abdul at 90.

Both Fatima and Nur jumped 20 spots in the top 100 list for girls.

Meanwhile 11 new girl names made the cut, including Lara at number 94 and Mirha at 98.

READ MORE: French judge to rule whether 'Jihad' is an acceptable name to give a baby

Names that meant "new," such as Nova for girls and Neo for boys, were popular choices outside the top 100 lists.

Starved for travel, parents were more likely this year to pick city names for their babies such as Rio, Jordan, Cairo, India, Florence, Orlando, and Jericho.

Even flight inspired names such as Skye and Jett took off.

Changes to this year's baby names also reflected a greater move towards gender neutrality with a surge in unisex names.

For example Willow and Blake climbed up in popularity for both boys and girls.

Entertainment and media also played a significant role with the influence of new Netflix, Disney+ and Marvel productions reflected in the names.

"Loki doubled in registrations outside the top 100 while Loki TV series character Sylvie climbed in the girls’ rankings," writes Bell.

"Parents may even have been inspired by Squid Game, which overtook Bridgerton as Netflix’s biggest ever series launch, after Abdul broke into the top 100 at number 90," she added.

We loved @nicolacoughlan’s performance as Penelope in Bridgerton - maybe that’s why the name has flown up the baby name charts📈 this year. Penelope moved ⬆️ 18 places to #71, making it one of the big hitters for 2021. Find out the others in the top 100👉https://t.co/wMhAeShuW8 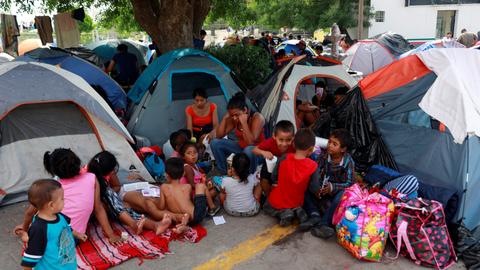