One in two women report ‘instances of violence’ during pandemic

1
Has Covid-19 increased our ability to strive for the greater good?
2
Why we don’t remember most of our dreams
3
Dutch NGO finds crafty way to create new forests for free
4
India reports first two cases of highly-infectious Omicron variant
5
Global need for humanitarian aid to 'skyrocket' in 2022

A new UN women’s report confirms an alarming increase in violence against women during the Covid-19 pandemic, and its impact on their mental health and safety.

Almost one in two women have reported that they or a woman they know experienced a form of violence since the pandemic began, new findings by the United Nations showed.

Domestic violence in particular was highlighted in a new report by UN Women, which found that one in four women feels less safe at home due to increased household conflicts.

At least 21 percent of the women who felt unsafe cited physical abuse as one of the reasons.

“Widespread stay-at-home orders to curb the spread of Covid-19 potentially locked women down with their abusers, creating dangerous conditions for violence against women, often with tragic consequences,” the report said.

The report, "Measuring the shadow pandemic: Violence against women during Covid-19”, collected data from 16,154 women around the world, aged 18 and older.

Of the countries, Kenyan women were the most affected with 80 percent reporting instances of violence since the start of the pandemic, followed by Morocco at 69 percent and Japan at 49 percent.

The Centre for Rights Education and Awareness (CREAW), a women's rights non-governmental organisation in Kenya, told TRT World that the UN findings correlate with the organisation’s own observations.

“Since the pandemic calls to CREAW’s helpline have more than doubled with at least 64 percent increase in the first year of the pandemic as compared to the previous years,” Communications Officer Christine Ogutu told TRT World.

In Kenya, violence against women and girls is not a new phenomenon, with pre-pandemic data showing 41 percent of women experience sexual or physical violence by intimate partners, close family or persons known to them, explains Ogutu.

“If anything, the statistics paint a picture of a country that has had a long history with incidences [of violence], yet many survivors affected by the vice do not report or seek help for fear of retribution from their abusers and being victim shamed for the harm done to them,” she added.

The UN defines violence against women (VAW) as “a human rights violation, with often devastating immediate and long-term consequences”.

VAW encompasses physical abuse, verbal abuse, being denied basic needs or communication with the outside world, and sexual harassment.

The phenomenon of increased violence during the pandemic has been referred to as the “shadow pandemic”.

Of the women surveyed, 45 percent reported that they or a woman they knew experienced a form of VAW during the pandemic compared to 65 percent who reported experiencing it in their lifetime.

Reasons behind the increase in violence during the pandemic point to socioeconomic stressors such as financial pressure, employment and food insecurity.

“We saw massive job losses coupled with the burden on unpaid care and domestic work for women and girls, school closures, disruption of sexual and reproductive health services; all of which  have further widened gender disparities with women and girls hit the hardest,” said Ogutu.

Other reasons for this increase include the failure of government to properly investigate acts of violence against women and girls and hold perpetrators accountable.

"Age-old patriarchal systems and inadequate or no support for survivors have all created a culture of impunity which continues to stifle the voices and endanger the lives of women and girls,” Ogutu added.

Women not only feel less safe in their own homes during the pandemic but also out in public, the report found.

This growing violence has created a heightened fear in women that has led to a decline in mental health. More than two in five participants said the pandemic worsened their overall mental and emotional health.

“Women's feelings of safety have been eroded, leading to significant negative impacts on their mental and emotional well-being,” explains the UN Office for the Coordination of Humanitarian Affairs (UNOCHA).

The UN report was launched a day before the UN’s annual International Day for the Elimination of Violence against Women.

As part of the UN Secretary-General António Guterres’ campaign UNiTE, the organisation will run “16 Days of Activism against Gender Based Violence” from November 25 to December 10.

According to a press release, since the campaign began in 1991, more than 6,000 organisations in approximately 187 countries have participated and they have so far reached 300 million people.

This year marks the 30th anniversary of the campaign under the theme "Orange the World: End Violence against Women Now!"

Ogutu encourages individuals and organisations to continue advocating for the rights of victims and create an inclusive structure “that enables survivors to come forward and speak out in order to encourage survivors to go through the process of healing in the best way they know”.

“The first thing that we all must do is to believe survivors when they report violations. Increasingly we are seeing survivors being shamed for the harm done to them, this culture must stop!” Ogutu told TRT World.

READ MORE: International women's day: What you need to know 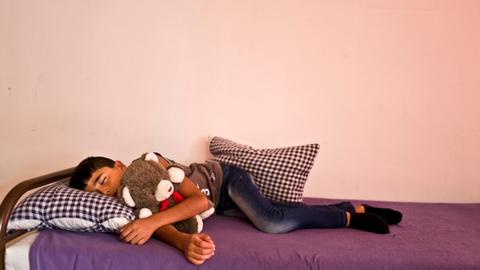 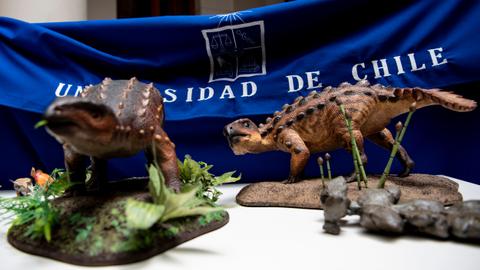 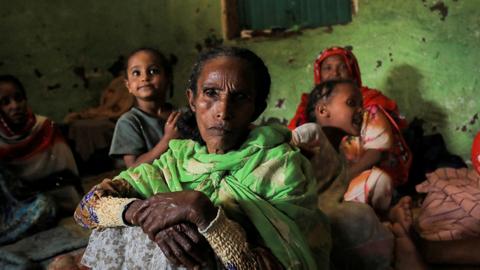 1
Has Covid-19 increased our ability to strive for the greater good?
2
Why we don’t remember most of our dreams
3
Dutch NGO finds crafty way to create new forests for free
4
India reports first two cases of highly-infectious Omicron variant
5
Global need for humanitarian aid to 'skyrocket' in 2022