Pakistan's Prime Minister Imran Khan asks Facebook CEO Mark Zuckerberg "to place a similar ban on Islamophobia and hate against Islam for Facebook that you have put in place for the Holocaust."

Pakistan's Prime Minister Imran Khan has written a letter to Facebook CEO Mark Zuckerberg seeking a ban on Islamophobic content on the site, warning that it results in polarisation and marginalisation of Muslims.

In the letter, shared by the Pakistani government on Twitter, Imran Khan said that "growing Islamophobia" and marginalisation of Muslims is encouraging extremism and violence across the world – especially through social media platforms such as Facebook.

"I would ask you to place a similar ban on Islamophobia and hate against Islam for Facebook that you have put in place for the Holocaust," Khan said.

My letter to CEO Facebook Mark Zuckerberg to ban Islamophobia just as Facebook has banned questioning or criticising the holocaust. pic.twitter.com/mCMnz9kxcj

In an earlier interview Zuckerberg had said he found “Holocaust denial deeply offensive” and that he believed that “the best way to fight offensive bad speech is with good speech.

"One can not send a message that while hate messages against some are unacceptable, these are acceptable against others," Khan said, adding that this was "reflective of prejudice and bias that will encourage further radicalisation".

Khan in his letter made reference to the situation in France, where, President Emmanuel Macron has encouraging the display of cartoons depicting the Prophet Mohammad which causes offense to Muslims.

Earlier on Sunday, Khan said that French President Emmanuel Macron had "attacked Islam" by encouraging the display of cartoons.

The debate over France's policies toward Muslims was given new impetus by the murder this month in France of a teacher who showed his class a cartoon of the Prophet Mohammed.

Khan's comments follow statements Macron declaration of war on "Islamist separatism", which he believes is taking over some Muslim communities in France.

In a series of tweets, Khan said the remark would sow division.

"This is a time when Pres Macron could have put healing touch & denied space to extremists rather than creating further polarisation & marginalisation that inevitably leads to radicalisation," Khan wrote.

"It is unfortunate that he has chosen to encourage Islamophobia by attacking Islam rather than the terrorists who carry out violence, be it Muslims, White Supremacists or Nazi ideologists."

Macron already sparked controversy earlier this month when he said "Islam is a religion that is in crisis all over the world".

Meanwhile, President Erdogan renewed his call for his French counterpart Emmanuel Macron to undergo mental checks on Sunday, a day after his comments prompted Paris to recall its envoy to Ankara.

The Turkish leader accused Macron of being "obsessed with Erdogan day and night", in a televised speech in the eastern Anatolian city of Malatya.

Erdogan said Macron had "lost his way", in his second sharp criticism of the French leader in two days over the treatment of Muslims.

Calls to boycott French goods are growing around the world after President Emmanuel Macron's comments against Islam and Muslims and social media hashtags like #BoycottFrenchProducts in were trending in several Arab countries and Turkey.

In Saudi Arabia, the Arab world's largest economy, a hashtag calling for the boycott of French supermarket retailer Carrefour was the second most trending on Sunday.

Jordan's opposition Islamic Action Front party called on the French president to apologise for his comments and urged citizens in the kingdom to boycott French goods.

Such boycotts are already underway in Kuwait and Qatar. Many Arab companies began removing French products from their shelves

A similar campaign was doing the rounds on Pakistani social media calling for the boycott of French companies like Carrefour and Total that operate in the South Asian nation. 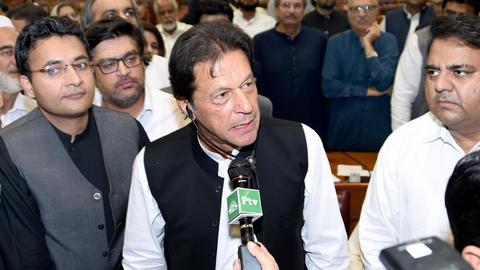 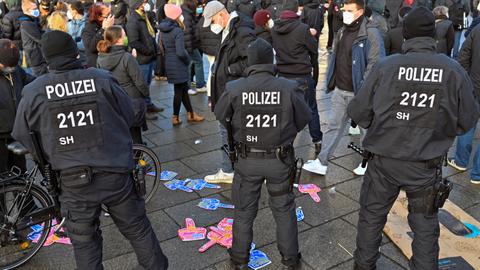