Silvia Perel-Levin, chairwoman of the UN's NGO Committee on Ageing in Geneva, urges technology companies to involve older women in the design of new products.

Clever robots and advanced mobile phones could make life much easier for older women – if only someone would ask and stop treating them like "old idiots," a top United Nations campaigner for the rights of the elderly said.

Silvia Perel-Levin, chairwoman of the UN's NGO Committee on Ageing in Geneva, said older women must be involved in the design of new technology and not merely consulted when a product is finished so their opinions and needs are not overlooked.

Women comprise a significant majority of the older population around the world, with women outliving men by an average of 4.5 years, according to UN statistics. Women outnumber men by two to one at age 80 or over.

Perel-Levin, who is on a mission to see older women included in technology design at all levels, said they could benefit from advances in technology for their own autonomy. And because they are typically caregivers for other older people.

"But there is an assumption that older women do not understand technology," she said ahead of speaking at the Thomson Reuters Foundation's annual two-day Trust Conference where one day focuses on women's empowerment.

"The older you get, the more excluded you are," said Perel-Levin, who is also a representative with the International Longevity Centre Global Alliance, a consortium that promotes policies and initiatives on ageing.

She said robots are being used more in hospital care, and cameras and sensors might help older people at home, but more input was needed to make sure these advances fit the needs.

For example, mobile phones might feature ways to make letters larger and easier to read but do not make it easy for older people to find out how to make those changes, she said.

She also cited the example of a telephone produced in Britain with a sturdy design and large buttons for elderly people that was soundly rejected by its intended users.

"It was actually ugly," she said.

"You don't want to be stigmatized," she said, adding that such technology does not have to advertise "Here I am, an old idiot".

Melding older women with technological advances could be accomplished with so-called living labs that would provide more feedback than focus groups, she said.

"It's really providing people with a technology that they can test in real life, in their own environment," she said. "It's not just asking their opinion and a half hour of testing."

The exclusion from technological advances is part of the discrimination that older women experience every day, she said.

Being paid less than men means women have smaller retirement pensions, and, in some places, widows are left with no funds for ageing or not allowed to inherit their husband's property.

In countries with compulsory retirement ages, women are forced to retire up to five years sooner than men, she said

Rights for older women are listed in the UN's Sustainable Development Goals, an agenda that aims to address many of the world's ills by 2030. One goal calls for healthy lives and well-being "at all ages" and another seeks gender equality.

"We need to keep a gender lens throughout in life," Perel-Levin said, adding she would like to see the UN host a convention on human rights for older persons. 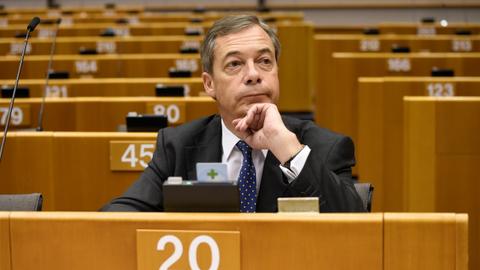