A decision by the Istanbul Metropolitan Municipality to replace some ‘vertical gardens’ along motorways with painted walls has come under fire.

The Istanbul Metropolitan Municipality (IBB) removed some ‘vertical gardens’ from the walls of a road between the municipalities of Uskudar and Kadikoy, and found itself in the middle of a public backlash. Some Istanbulites liked the idea while others were opposed to it, and many were upset because of the lack of public participation in the decision making process.

Critics of the move say that the city lacks green spaces and any and every respite helps, while defenders say the upkeep of ‘vertical gardens’ is costly and more ‘traditional’ gardens could be financed with the money saved.

An academic at Uskudar University, Deniz Ulke Aribogan, has taken to Twitter about the responses she received to her opinions on the issue. “I only tweeted that I liked vertical gardens and that I don’t want roadside plants to be removed,” she said in a tweet. She was accused of being a partisan, of being a turncoat, of being a crook, she says. “And this attitude is not just towards me. It’s just ‘flowers’ we’re talking about. Shame on you, if you know how to be ashamed.”

“Vertical gardens are getting more common in the world,” Ministry of Environment and Urbanisation Deputy Minister Prof Dr Mehmet Emin Birpinar says. “There are 55,000 sqm of vertical gardens in Istanbul. 36 thousand sqm is covered with live plants while 19 thousand sqm is covered with composite material. The yearly maintenance cost for all the gardens is 8.6m TL ($1,084,420).”

“The yearly budget for parks and gardens is 1.2 billion TL ($ 151.32 m). The wall maintenance costs are only 0.7 percent of the budget. In order to paint 55 thousand square metres of garden walls you need an average of 10 to 15 thousand litres of paint,” Ministry of Environment and Urbanisation Deputy Minister Birpinar counters.

The “Talking Walls” project removes the ‘vertical gardens’, costs nothing because of the sponsorship of a paint company, and supports artists at the same time. But there is also criticism that while the ‘vertical gardens’ were providing beauty and benefit to the environment, the paint on the walls may not be doing either.

IBB has said that the money saved from the removal of ‘vertical gardens’ will be used in creating green spaces for Istanbulites to actively use.

The news was reflected in some local media channels as “the symbol of Istanbul ‘vertical gardens’ are being removed”, showing the pots of green shrubbery being taken down in favour of the graffiti and murals to come.

The controversy continued along party lines, with the Kadikoy municipality supporting IBB’s decision and the Uskudar municipality criticising it.

The Kadikoy municipality, a stronghold of the opposition CHP, tweeted in response to the IBB, “Then more green, more colour!” to which the Uskudar municipality, an AK Party homestead, replied: “We witness a sad process where green plants and colourful flowers are being removed and making way for concrete.” 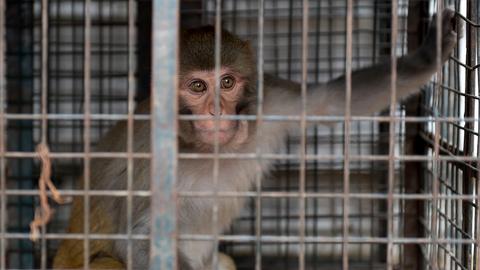 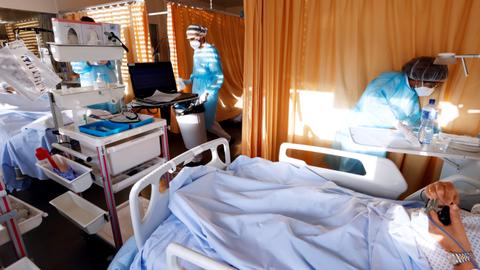