The novel coronavirus has killed more than 425,000 people worldwide since the outbreak started in China last year, according to tracking websites. Here are the latest updates for June 12:

WHO calls for any vaccine to be shared as 'public good'

Vaccines for the new coronavirus should be made available as a global public good, the World Health Organization (WHO) said, to ensure everyone had fair access to any life-saving products that are developed.

"Many leaders...have promoted the idea of making any vaccine a global public good, but that should continue to be promoted," WHO director-general Tedros Adhanom Ghebreyesus told a press conference.

"More leaders should join the boat, and we need to have a truly global political commitment and global consensus before we even have the product," he said.

"That is what we are pushing."

Tedros was speaking after concerns have been raised that some countries including the United States could hoard any vaccines or drugs they develop to combat Covid-19, with poorer countries not getting access to the treatments they need.

Deaths from the Covid-19 epidemic in Italy climbed by 56 against 53 the day before, the Civil Protection Agency said, taking the total toll to 34,223.

The official tally of new cases rose by just 163 against 379 on Thursday, but this was muddied by a recalculation of past data by the southern region of Campania, which subtracted previous cases and reported a total of -229 on Friday.

The northern region of Lombardy, where the outbreak was first identified, remains by far the worst affected of Italy's 20 regions, reporting 272 new infections on Friday.

The second highest regional tally was in Emilia-Romagna, on Lombardy's southern border, which recorded just 33.

The total number of confirmed cases nationwide since Italy's outbreak came to light on February 21 now amounts to 236,305, the seventh highest global tally.

People registered as currently carrying the illness fell to 28,997 from 30,637 the day before.

With more than 292,900 nationwide infections, Britain has the fifth highest number of Covid-19 cases in the world.

Qatar Airways to resume flights to Turkey on June 13

Qatar Airways will resume its flight operations to Turkey's city of Istanbul on June 13, the airline announced on Twitter.

The announcement came as Turkey began to ease restrictions over coronavirus pandemic after its number of daily deaths and infections significantly fell over the past weeks.

As Greece prepares to reopen for foreign visitors in a bid to get its crucial tourism sector back on its feet, the government said that flights from coronavirus hotspots such as Britain would not be allowed in, at least for now.

Tourism minister Harry Theoharis said that while regular international passenger flights would be allowed to take off and land again at the airports of Athens and Thessaloniki starting from Monday, the ban on arrivals from Britain will remain in place until July 1.

Greece has fared much better than other European countries in the Covid-19 pandemic. It locked down in March and has recorded fewer than 190 coronavirus deaths among its 11 million residents.

By contrast, Britain has seen more than 40,000 deaths and is the worst-hit country in Europe.

India reported a record daily increase of novel coronavirus cases and became the world's fourth worst-hit country, raising the prospect of the return of a lockdown just days after it was lifted.

Anxious to revive the economy after a nearly 70-day lockdown, the government this week opened most public transport, offices and malls, even though health officials said the country was weeks away from flattening the curve of infections.

India reported a total of 297,535  infections, surpassing the United Kingdom to become the fourth worst affected country in the world.

The number of infections increased by 10,956 from the previous day, and the death toll reached 8,498, India's ministry of health and family welfare said.

The Philippines reported 615 more infections, bringing its total number of confirmed cases to 24,787.

In a health ministry bulletin, the Southeast Asian country also recorded 16 additional fatalities related to the disease, taking its death toll to 1,052.

The health ministry said three duplicate cases were removed from the total number of infections reported as of June 11.

Iran sees an upward trend in daily infections in many provinces, especially in the southwestern Khuzestan province.

Iran's daily number of cases dropped to around 800 in early May, but daily figures show an upward trend in recent days after authorities took measures to ease restrictions.

One new death in Malaysia

The health ministry also reported one new death, raising the total number of fatalities from the outbreak to 119.

Yurianto said 577 more patients had recovered from the pandemic, bringing the total number of recovered cases to 13,213.

Russia reported  8,987 new cases of the virus, bringing its nationwide tally of infections to 511,423.

Officials said 183 people had died in the last 24 hours, pushing the official national death toll to 6,715.

Coronavirus may push millions of children into labour – UN

The coronavirus pandemic has put millions of children at risk of being pushed into underage labour, reversing two decades of work to combat the practice and potentially marking the first rise in child labour since 2000, the UN warned.

As the pandemic pummels the global economy, pushing millions of people into poverty, families may be under pressure to put their children to work for survival, the UN said, marking the World Day Against Child Labour.

The British economy shrank by a colossal 20.4 percent in April, the first full month that the country was in its coronavirus lockdown, official figures showed.

A large decline had been expected given that much of the economy was shuttered as part of the lockdown, which was put in place on March 23.

Following on from March's 5.8 percent decline, the UK economy has contracted by around a quarter in just two months.

Thailand reported four new virus cases and no new deaths, bringing its total number of confirmed infections to 3,129, of which 58 were fatalities.

The four new cases were Thai nationals returning from India who were in quarantine, said Taweesin Wisanuyothin, a spokesman for the government's Covid-19 Administration Centre.

There have been 2,987 patients who have recovered.

South Korea is reporting 56 new cases  as the country continues to see a resurgence of the virus concentrated in the capital area.

Figures released by South Korea’s Centers for Disease Control and Prevention brought national totals to 12,003 cases and 277 deaths. It says 10,699 people have so far been released from hospitals after recovery, but 1,057 others remain in treatment.

Turkish Airlines set to restart flying to US, Far East

After suspending flights due to the coronavirus outbreak, Turkey's national flag carrier Turkish Airlines will resume flying to the US and Far East next week, the company's CEO said.

Set to be operated three times a week, flights to Chicago and Washington will restart on June 19, to Miami on June 22 and Los Angles on June 24, Bilal Eksi said on Twitter.

The flag carrier's first Far East flight will be to Shanghai on June 19 after a halt of more than four months.

The number of  cases in Germany increased by 258 to 185,674, data from the Robert Koch Institute for infectious diseases showed.

The reported death toll rose by eight to 8,763, the tally showed.

The announcement comes as new cases have persisted in the mid-double digits daily, after a series of new clusters in the capital Seoul area.

Brazil has surpassed 40,000 deaths from the novel coronavirus and 800,000 cases, according to the latest figures from the health ministry.

Brazil recorded 1,239 deaths over the last 24 hours, taking it to more than 40,900 – currently the third-highest death toll in the world, although it is likely to overtake Britain on Friday.

Mexico's health ministry reported 4,790 new infections along with 587 additional fatalities, bringing the total in the country to 133,974 cases and 15,944 deaths.

The government has said the real number of infected people is significantly higher than the official count.

Turkey signed an agreement to send medical supplies to Venezuela as part of efforts against the coronavirus.

Turkey has helped at least 125 countries with humanitarian aid during the outbreak, including the US, UK, Italy and Spain.

The National Health Commission said in a statement that six of the new confirmed patients reported were so-called imported cases involving travellers from overseas.

The total number of Covid-19 cases in mainland China now stands at 83,064, while the death toll remained unchanged at 4,634.

At least 170 police officers in Peru have died after contracting the virus while enforcing the South American nation's pandemic lockdown.

Almost 10,000 officers have been infected with the disease as they enforced social distancing measures during Peru's 12 weeks of stay-at-home orders.

Peru is the second worst-hit country in Latin America after Brazil, with more than 208,000 cases and 6,000 deaths. 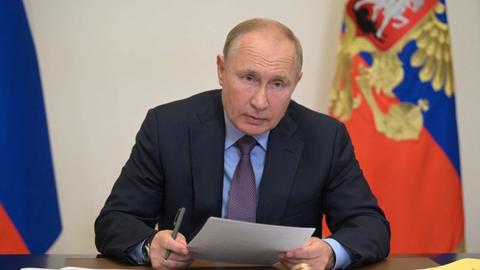 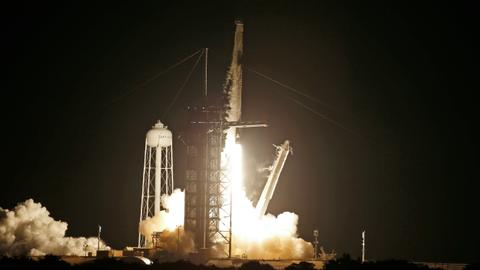 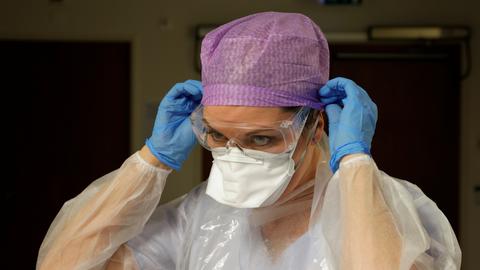