Rallies are held around the world to mark International Women's Day and to highlight the gender pay gap.

Women around the world are marking International Women's Day with a global strike as part of an ongoing fight for equality.

On "A Day Without a Woman," those who can do so will stay away from work or school.

In the United States, women are planning to use International Women's Day on Wednesday to stay off the job and stage demonstrations across the country.

Organisers are attempting to repeat the tactics from the January 21 Women's March on Washington and other cities that came together largely through social media.

Elsewhere around the world

Around 50 people also protested outside European Union institutions in Brussels on International Women's Day in support of women's rights worldwide.

Women from Belgium, Poland, and various other European countries protested and chanted "My body, my choice, my freedom" or "Women's rights are Human rights," some of them holding signs reading: 'No to jail for abortion' or 'Women's solidarity worldwide.'

Thousands also gathered in Manila in the Philippines. Protesters marched to the presidential palace calling on President Rodrigo Duterte to fulfill promises made during his election campaign. Duterte had vowed to strengthen gender equality in the country.

Additional rallies were held in several other countries to raise awareness for the ongoing fight for equality. 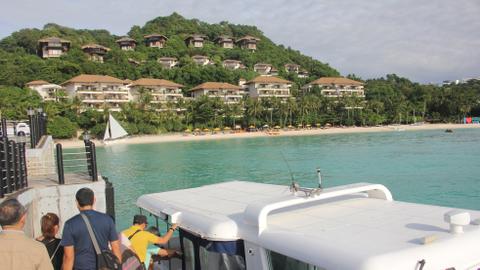