The election of a Chinese police veteran, Meng Hongwei, to head the global police agency, is "at odds with Interpol's mandate to work in the spirit of the Universal Declaration of Human Rights," Amnesty says.

It was business as usual at the annual Interpol meeting: delegates from all over the world elected a president to lead the organisation on November 10.

This time, the president is from China. Meng Hongwei, China's vice minister of public security since 2004, will lead Interpol, the global police agency, for the next four years.

Rights groups say his appointment is concerning. Sophie Richardson, Human Rights Watch's China Director, told TRT World that if Interpol really wants global credibility as a law enforcement agency, "It needs to explain this election and why as an institution it thinks it's appropriate to appoint somebody who comes from a law enforcement context where the police's explicit job is to support a political party."

Meng was, previously deputy director of China's armed police according to the British newspaper The Guardian. The force is "deployed to the country's most unstable areas, including Tibet, the border with North Korea and the far western province of Xinjiang."

​Meng is a Communist Party member, and has explicitly referenced that in how he performed his work.

"'Politics first, party first, and ideology first' is a fundamental principle for peacekeeping forces," he said in a 2014 speech. "We should consistently implement the three 'first' principles in our work ... to build a strong team with a solid political stance."

Interpol is a global police agency established to help with international police cooperation. It is made up of 190 member countries. Some 164 countries were present in this year's General Assembly, represented by 830 police chiefs and senior law enforcement officials.

"In the eyes of children, the police are a symbol of equality, justice, safety, and reliability," Meng told the assembly before he was elected. "China is a country with universal love, and is willing to contribute its efforts to world peace and security."

These words did not ring true for everyone, however. The UK-based human rights agency Amnesty International's East Asia Director Nicholas Bequelin has also criticised the decision to appointment Meng as Interpol's new president.

"The appointment of Meng Hongwei is alarming given China's long-standing practice of trying to use Interpol to arrest dissidents and refugees abroad." Bequelin said in a statement, citing Interpol's mandate to work in the spirit of the Universal Declaration of Human Rights.

"There now needs to be close scrutiny of the kind of notices that Interpol issues at the request of the Chinese government," he said.

Huseyin Celil is one such victim, Richardson says. "He's a Uighur who had become a Canadian citizen and was detained in Uzbekistan. And China had put out a Red Notice for him to Interpol. It was a complicated case because it wasn't clear why he was being prosecuted at all."

"China persecutes the Muslim Turkic-language Uighur minority under the flag of ‘terrorism'," HRW's Brad Adams writes. As a member of this minority, Celil had been imprisoned because of his religious activities. He fled China and eventually became a Canadian citizen. During a visit to Uzbekistan, he was arrested and extradited to China, where he is still assumed to be held today.

Others have been critical of Interpol, too. Fair Trials International, a UK-based non-governmental rights organisation, says it has been highlighting the misuse of "Red Notices" since 2012.

Fair Trials published a major report in November 2013 in order to document "how countries across the world are abusing Interpol to persecute refugees, journalists and peaceful political activists."

Article 3 of Interpol's Constitution states "It is strictly forbidden for the Organisation to undertake any intervention or activities of a political, military, religious or racial character." Any detention, arrest or extradition that falls under those classifications would therefore be beyond the scope and internal rules of Interpol.

Fair Trials gives as an example the case of Benny Wenda, who was the leader-in-exile of the West Papuan independence movement. Despite being granted asylum by the United Kingdom, Wenda was the subject of a Red Notice which jeopardised his chances to travel and speak publicly to advocate his cause, not to mention to lead a free life.

While Fair Trials was eventually able to get the Red Notice against Wenda removed, there were many others who needed their help.

"Several had been arrested in different countries, spent years unable to visit their families, or suffered permanent discredit through being publicly associated with criminality on Interpol's website," the report stated.

‘Not a China-specific problem'

"If you go to our website and type in Interpol, I think you would find cases from Eastern Europe and Central Asia. This is not a China-specific problem that Interpol has been hijacked for political purposes," HRW's Richardson says.

Rights organisations recommend broader reforms, especially those ensuring more transparency in elections as well as a robust system of checks and balances. They say they would better prevent the abuse of Interpol notices against political dissidents. 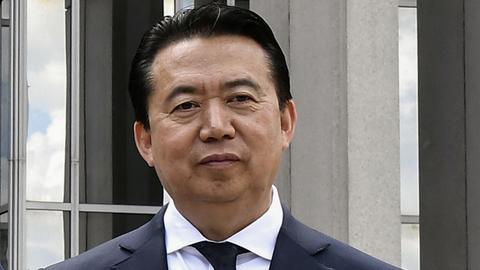 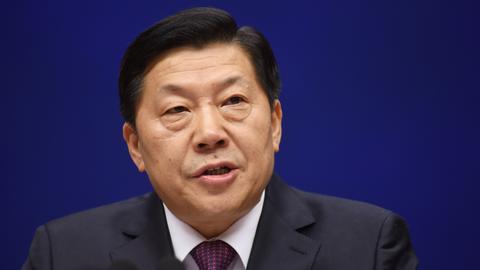