1
US military report reveals YPG/PKK terrorists still use child recruits
2
States, sovereignty and the brave new world of cryptocurrencies
3
The 48th Istanbul Music Festival's coming to a screen near you in September
4
The chemical behind the Beirut explosion has been a concern for years
5
In pictures: What Kashmir is like a year after having its autonomy stripped

There is a growing movement to impose more restrictions on gun ownership and with another mass shooting a week ago in Virginia, the issue looks set to continue into the 2020 presidential race.

In the wake of a deadly mass shooting in Virginia, some Democrats and advocates are renewing their push for gun control.

On Friday, a gunman stormed a municipal centre building in Virginia Beach and opened fire, carrying out the 150th mass shooting of the year, according to the Gun Violence Archive. By the time 40-year-old city employee DeWayne Craddock was shot dead, he’d killed 12 of his coworkers and injured several others, police said.

Although US President Donald Trump condemned the attack and offered his condolences to the victims’ families, Democratic politicians and gun control advocates renewed their calls for swift action on gun control.

“It’s the ones that never make the headlines. It’s the kids who are shot at the playground, on the sidewalk, in their own homes. Gun violence touches families every day.”

The following day, New Jersey Senator Cory Booker, another Democratic contender, told the California Democratic Convention that the US is witnessing “the normalisation of mass murder in our country”.

“It is time for us as a nation not to normalise the violence and the culture of gun violence,” he said, urging voters to “take the fight to the NRA [National Rifle Association] and the corporate gun lobby like we have never seen before”.

Among the Democratic presidential contenders that condemned the shooting and called for stricter gun laws were Senator Kamala Harris and Indiana Mayor Pete Buttigieg.

With gun violence continuing at a dizzying pace and an increasingly broad swathe of Americans supporting stricter gun laws, gun control is expected to become an important issue for voters in the 2020 presidential elections.

“With the Virginia beach shooting, I think it’s going to be an issue that will be talked about and voted on widely,” Andrew Patrick, Media Coordinator at the Coalition to Stop Gun Violence (CSGV), told TRT World.

“The inaction is killing Americans, and you’re going to see people take that to the ballot box,” he said. “There’s broad approval of these policies by the American people and that has to translate to elected officials.”

‘They can buy machine guns’

The Virginia Beach shooting came a day after former president Barack Obama criticised US gun laws during a speech in Sao Paolo, Brazil, on Thursday night.

“Some of you may be aware, our gun laws in the United States don’t make much sense,” Obama said. “Anybody can buy any weapon, any time without much, if any, regulation. They buy it over the internet. They can buy machine guns.”

During his eight years in office, the former president’s record on gun control regularly came under fire from advocacy groups who support stronger laws, such as when the Brady Center to Prevent Gun Violence issued Obama a failing grade during his first four-year term.

After the December 2012 mass shooting at Sandy Hook Elementary School, which killed 26 people, many gun control advocates sought to push stronger legislation at state level owing to the Democrats’ inability to pass such measures in Congress.

And following the February 2018 massacre at Parkland High School in Florida – a mass shooting that killed 17 people – gun control laws were passed in 20 states.

“The progress is continuing at the state level,” said the CSGV's Andrew Patrick. He added that where you used to see no action on federal level, the House of Representatives is increasingly pushing for gun control.

Yet, with the US Senate controlled by the Republican Party, those bills fail to become laws. Trump’s administration banned bump stocks—devices that allow semi-automatic weapons to fire faster, much like machine guns—following a mass shooting that killed 58 people in Las Vegas in 2017.

But Trump’s wide support from the gun lobby has led many critics to accuse the president of weakening gun laws.

Trump received upwards of $20 million from the group during his 2016 presidential campaign. Altogether, the gun lobby spent more than $5 million to elect the president and its allies to Congress during the 2016 vote, according to Everytown for Gun Safety, a group that seeks to promote policies aimed at ending gun violence.

According to Everytown, those measures include the president’s signing of a law designed to repeal restrictions prohibiting Social Security recipients with mental illness from possessing firearms, and altering the definition of whom federal law can consider a fugitive.

Robert Spitzer, author of five books on gun control and chair of the political science department at the State University of New York College at Cortland, explained that Trump has “embraced [the NRA] full on” since his 2016 campaign.

“He likes large crowds, and he always gets a real warm reception at the NRA conventions,” Spitzer told TRT World, adding that Trump’s support for the gun lobby largely stems from his need to “establish his conservative bona fides”.

Doctors are sharing pictures of blood-soaked clothes to make a point about gun control in the US pic.twitter.com/PAVKx5a90Y

Spitzer added: “There is no shortage of policy ideas, and there’s been increasing research that there is a correlation between stricter gun laws and decreased gun violence.”]

During the first five months of 2019, the Gun Violence Archive documented 22,019 instances of gun violence nationwide, killing at least 5,815 people.

With mass shootings on pace to slightly outnumber last year’s 340 incidents, gun control experts and advocates believe that the growing support for stricter legislation could propel the issue to federal level again.

Jennifer Herrera, a volunteer leader with Moms Demand Action for Gun Sense in America’s Virginia chapter, said the Virginia Beach shooting “is yet another reminder that we must do more to stop gun violence in our communities”.

“Our hearts go out to the victims, their loved ones and all those affected by this senseless act of violence,” Herrera said in a statement released late on Friday.

For his part, Spitzer expects that the 2020 election results will decide the course of the struggle for gun control. “We may see more action at the federal level, but it'll be depending on who wins 2020,” he said. 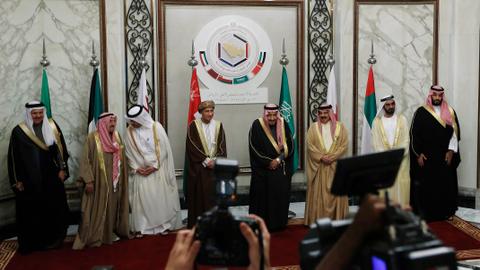 1
US military report reveals YPG/PKK terrorists still use child recruits
2
States, sovereignty and the brave new world of cryptocurrencies
3
The 48th Istanbul Music Festival's coming to a screen near you in September
4
The chemical behind the Beirut explosion has been a concern for years
5
In pictures: What Kashmir is like a year after having its autonomy stripped