After the coup, Egyptian social and political life has been occupied by a military-style existence, leaving people desperate — say some prominent exiles.

Seven years ago today, the Egyptian military, led by Abdul Fattah al Sisi, launched a coup which led to the ousting of the country’s first-democratically elected President, Mohammed Morsi.

Since 2013, the country’s political life has been turned upside down.

“It’s wrong to say that there is a political life and normalcy in Egypt. Politics and life have been dying since the military coup,” says Hamza Zawba, the former spokesman of the Freedom and Justice Party (FJP), which has been banned among many other parties, websites and other political groups.

According to the UN, more than 114,000 prisoners, including tens of thousands of pro-democracy advocates, political opponents and journalists, have been held in unsanitary and overcrowded jails and detention centres since the coup.

“There is no independent political life in Egypt. From day one of the coup on July 3rd 2013, the military regime and security forces along with it’s accomplices in the judiciary and the media proceeded to clamp down on all political parties, civil society and independent media,” says Dr Maha Azzam, head of the Egyptian Revolutionary Council, an opposition group to the Sisi regime.

“There was a systematic and organised process of the militarisation of the state through placing generals as heads of governorates throughout Egypt, to heads of companies, to ensure that Parliament was a rubber stamp and the media and even religious institutions and religious figures expressed only what the regime wanted them to say,” Azzam tells TRT World.

The main political party in Egypt, the FJP, who won the largest number of seats in the parliamentary elections of 2012, has been proscribed. The speaker for the parliament, who was in place in 2012, as well as other elected MPs, have been imprisoned or are in exile like Zawba. He lives in Turkey as an Egyptian expat, running a TV show on Mukemmeliyen TV.

Any independent voices, no matter their political affiliation, are stamped out.

“Egypt is an authoritarian dictatorship where there is no political avenue open for either freedom of expression or freedom of assembly, the two components of any open political system,” says Azzam, speaking in exile from London.

Even political parties long associated with Egypt’s previous military regimes, have been silenced.

The Wafd Party, founded in 1919, was instrumental in the Egyptian revolution against the British occupation, and dominated the country’s political landscape until the 1952 military coup. Since then, it has been in opposition.

But under Sisi, who has been described as the most authoritarian leader in modern Egyptian history, the party faces divisions and even a possible total collapse.

“Security interventions greatly weakened the party. Recently the party seemed to be a blind follower of the regime; it was no longer an opposition party. This deepened the crisis,” says Hassan Nafea, a political science professor at Cairo University, a place regarded as the bastion of Egyptian secularism.

“The prevailing political climate does not foster partisan activity. The regime wants parties that owe it allegiance and will not allow any other party to assume a real political role,” Nafea observes.

According to the Information and Decision Support Center, there are more than 80 political parties in Egypt and some of them are represented in parliament.

“On paper you have maybe 17 parties [in terms of representation at the parliament]. But in reality, to be a real democratic party, you need to have proper headquarters and regional branches across the country to circulate your political voice. Beyond that, you have to have the right to meet and convene. They are all absent [in Egyptian political life] due to continuing emergency law,” Zawba told TRT World.

What happened to the Brotherhood?

The Muslim Brotherhood, an influential movement emerging from Egypt in the early 20th century following the collapse of the Ottoman Empire, one of the oldest institutions associated with political Islam, has been hit hardest by the Sisi regime.

“The Muslim Brotherhood is the largest social and political organisation with deep roots and a long history in Egypt. The Sisi regime has proscribed the movement and imprisoned many of  its leaders and members,” says Azzam.

But she thinks the movement is still alive.

“Despite the Sisi tyranny and its media war on the Brotherhood, the security apparatus has been unable to defeat the most influential social movement in Egypt. Sisi is unable to eradicate the appeal of the Muslim Brotherhood’s ideas,” she adds.

During an extensive interview with TRT World in 2017, Talaat Fehmi, the worldwide spokesman of the Muslim Brotherhood, claimed that “our comeback is only a matter of time.”

"Ideas do not die. What Muslim Brotherhood aims is to free the people," states Fehmi.

Under the harsh crackdown of the Sisi regime, the movement is going through the most challenging phase in its fraught history.

“The situation is difficult for the Muslim Brotherhood and for all the forces opposed to dictatorship in Egypt today because there is no political space open to them,” says Azzam.

Pictures have emerged of Egyptians smiling and holding military boots over their heads to show their respect to Sisi and his generals.

But Zawba has a different view - the boots, he says, show “the real collapse of Egypt. It does not mean we are happy.”

“In which country, where the military rules, are people happy? In any country, how could people, who show their affection for military boots, be happy?” he asks.

He believes the pictures are a product of the regime’s propaganda machine.

“We have a long history of propaganda. The other day the Egyptian prime minister was saying that the Sisi government has successfully implemented thousands of projects during the last five years,” Zawba says laughing.

At least 4.5 trillion Egyptian pounds, or $279 billion, have been spent on these projects, the government says, which means Cairo spent five times as much as the official Egyptian budget, according to Zawba.

“There is an unprecedented level of discontentment across different sectors and classes of Egyptian society today. Of course the sixty percent of Egyptians who live below the poverty line [according to World Bank statistics] bear the brunt of the suffering and the hope that there can be any attainment of social justice under the current regime is impossible,” Azzam says.

While Cairo alleges economic growth, others think that the country is on the brink of an economic collapse.

“If the country’s economy is improving, why is the life of Egyptians not improving? What’s the benefit of the economic growth?” opines Zawba.

In any given country where the GDP increases, average citizens’ income should also increase.

In Egypt, only the country’s national debt increases, says Zawba.

“Who has been enriched since the coup? The regime or the average citizen?”

Happiness has been limited to the country’s “elites and a narrow circle around Sisi and generals,” he adds.

External threats exaggerated by the regime to keep the population under control, still play a crucial role in the Sisi government’s hold on power, according to Zawba.

One of Sisi’s favorite sources of distraction from economic and social issues, is the pumping out of the historic sentiment that the Ottoman rule will come back to Egypt. Only this time it will be under the supervision of Turkish President Recep Tayyip Erdogan.

The Ottomans, the predecessor state of Turkey, had ruled Egypt and much of the Middle East for four centuries until its European colonisation in modern times.

Sisi likes to promote an anti-Turkish agenda to create a perception that the Egyptian military, led by him, protects the country from an Erdogan-led Ottoman invasion, says Zawba.

“They constantly push the sentiment that ‘The [Egyptian] military is standing in front of them [the Turks], defending our borders,’” says Zawba.

“After seven consecutive years of endless propaganda, the average citizen is waking up in the morning, yelling and screaming ‘We protect our army!’”

Under the abnormal conditions of Egypt, “it’s a normal feeling,” he adds.

“People used to watch TV during the evening, and the government used to pass political messages to people through various series. Since the 1952 military coup, the government has helped produce such programs. They have also produced several series against the Ottomans.”

Turkish television programs, some of which carry Ottoman themes, used to be very popular across Egypt and its Gulf allies, the UAE and Saudi Arabia. After the political friction between Turkey and the Egypt-Gulf axis following the Arab Spring, Turkish soap operas began to be banned.

Despite the conjuring up of external threats, some experts believe another Arab Spring could be in the making.

“The imperative and the conditions for change in Egypt are overwhelming and the barrier of fear will eventually break. However, the extreme levels of repression allow the regime to maintain its hold on power for now,” says Azzam.

“Egypt is a country of a hundred million people being subdued by a military junta and it's corrupt coterie of supporters, like other dictatorships before it, it will collapse, but what we want to ensure is that the second wave of the Arab Spring sees an end to dictatorship as a whole in Egypt,” she concludes. 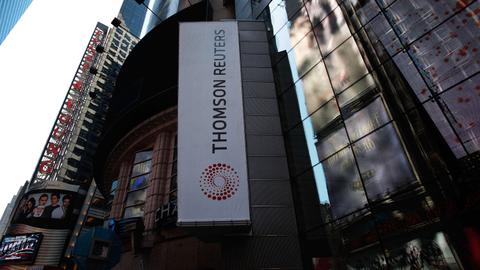 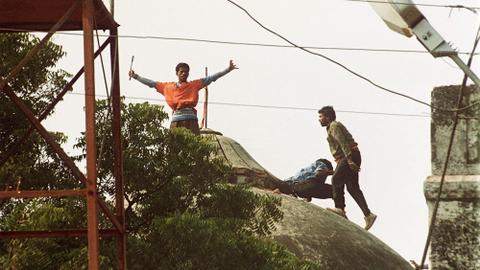 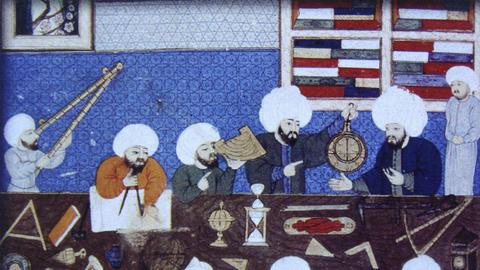