The repercussions of the US sending 1,000 extra troops to Poland, explained

1
Is Etna a danger to Italy?
2
How scientists explain coincidence
3
A jeweler, a fraud and the role of India’s public-sector banks
4
Turkish company set to develop hybrid rocket tech for Turkey’s moon mission
5
Israel's suicide drone sales to China puts Tel Aviv in awkward bind with US

The US has agreed to send 1,000 additional troops to Poland but stopped short of establishing a new base there. What does this mean for US-Poland relations and how does Russia play into this?

US President Donald Trump met with Poland’s President Andrzej Duda at the White House on Wednesday.

Trump and Duda spoke to reporters later in the Rose Garden where Trump announced that the US would be deploying 1,000 additional troops to Poland as well as a squadron of MQ-9 Reaper drones.

Trump also mentioned a figure of 2,000 troops but that information has not been confirmed by the Department of Defense.

Thanks to a NATO agreement signed in 2016 following Russia’s annexation of Crimea in 2014 from Ukraine, the US already has a presence in Poland, some 5,000 troops strong.

As part of a show of pomp during the visit Trump had commissioned an air show with an F-35 flyover in Washington DC, which alarmed some residents unaware that such a display was on the agenda.

“I would say: ‘What’s wrong with that plane? It’s not going very fast.’ But it is an incredible thing when you can do that,” Trump said. “That plane can land dead straight and it is one of the few in the world that can do that.”

TRT World spoke to Luke Coffey, Director of the Douglas and Sarah Allison Center for Foreign Policy at the Heritage Foundation about the moves and he believes that there are two primary elements that spurred the decision to send more troops to Poland.

“First is the Russian threat. Ever since Russia’s invasion of Ukraine in 2014, NATO has been worried that Moscow’s next move could be somewhere in the Baltics,” Coffey wrote in an email.

“Russia has also been threatening NATO in the region. So this additional deployment is about deterrence and reassuring NATO.

“The second reason is that the US wants to deepen its bilateral relationship with Poland.”

Eurasia analyst Esref Yalinkilicli tells TRT World that the term Russian aggression “has been fabricated and in use by the West since the Russian intervention in Georgia in August 2008, and most particularly after 2014 when Russia annexed Crimea from Ukraine”.

Yalinkilicli says that regional governments in Eastern Europe want to see more US troops deployed in their territories in order to ensure their “security deficit”, which could not be addressed adequately by the European Union - of which they recently became full members.

There has been what Yalinkilicli calls “Russian proactive foreign policy” towards its Western borders in the recent decade. Yalinkilicli adds that “the US and its NATO allies also exploited this term in order to legitimise NATO's eastward expansion”.

Yalinkilicli believes the US administration resumes this expansionist policy through its support of Baltic states like Poland, Bulgaria and Romania in the region.

Coffey agrees, noting: “Many in the Trump administration see Poland as America’s number one ally in Eastern Europe.”

Another expert TRT World consulted, Military Analyst Alexander Yermakov of Russian International Affairs Council, said: “Poland just wants to strengthen its position in NATO and in Europe as a key ally of the United States.”

The addition of 1,000 troops to Poland would probably disturb Moscow, Yalinkilicli said.

“Russia is discontent with NATO presence in Eastern Europe which it considers a buffer zone between Europe and itself,” he explained.

According to Yalinkilicli: “Any NATO military presence and troop deployment in and around its borders worries Moscow since it feels again contained by the West.”

A Cold War heating up?

Asked if US-Russia relations are at their worst since the Cold War, Yalinkilicli agreed. He pointed out that both Russia and the US have reciprocally withdrawn from the Intermediate-Range Nuclear Forces Treaty (INF) and are considering not negotiating a new Strategic Arms Reduction Treaty (START).

For Yalinkilicli, this implies the parties “came to the edge of military and political conflict as they did during the Cold War”. He sees bilateral relations between Washington and Moscow at odds “as they also dispute over world affairs such as North Korea, Iran, Syria, Libya, Venezuela etc.”

“Relations remain at a low,” he said, “even though there are many in the Trump administration and the Kremlin who would like to see a rapprochement now that the Mueller investigation is over.”

Coffey pointed out that “however as long as Vladimir Putin remains as president, I think it is impossible for the US and Russia to improve relations and work together on issues”. 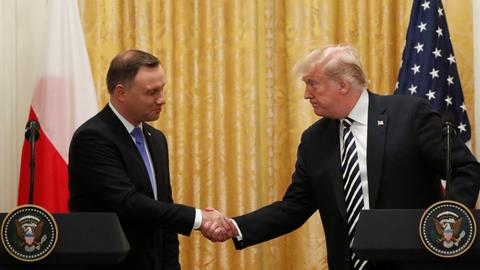 Trump studying possibility of a permanent US base in Poland 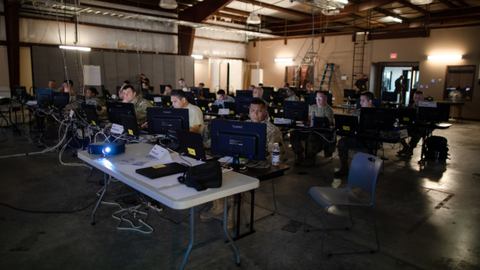 Who will win a ’hybrid war’ between the US and Iran?

1
Is Etna a danger to Italy?
2
How scientists explain coincidence
3
A jeweler, a fraud and the role of India’s public-sector banks
4
Turkish company set to develop hybrid rocket tech for Turkey’s moon mission
5
Israel's suicide drone sales to China puts Tel Aviv in awkward bind with US