A much needed correction in the tax system can end up benefiting the richest countries.

Governments in rich countries have intensified efforts to find a common ground where they can force multinational companies to pay their due share in taxes.

On April 5,  Janet Yellen, US Treasury Secretary, proposed a minimum global corporate tax - something that takes away the incentive of booking profits in low-tax countries like Ireland.

The suggestion comes as the Organisation for Economic Cooperation and Development (OECD), a group of mostly rich nations, is discussing the issue among its 37 members.

How did we get here?

Big Tech firms behemoths like Google and Amazon have come under fire in recent years for using a host of tax loopholes to move their profit to low-tax jurisdictions.

With government budgets strained by the pandemic, the urgency to make multinationals pay up has become more stark.

US President Joe Biden’s administration wants to raise domestic corporate tax along with what American firms pay on their income from overseas operations.

The minimum tax being proposed is 21 percent. That would mean that if a US headquartered tech firm moves profit to Ireland, which has a tax rate of 12.5 percent, it would still need to pay 8.5 percent to Washington - diluting the benefits of shifting the profits in the first place.

But a broad implementation of the proposal faces challenges.

Show me the money

The US and some members of the European Union have been embroiled in a tussle over how best to implement the mechanism.

France has already imposed a 3 percent digital services tax on companies such as Google, Amazon, and Facebook, charging them on the revenues they generate selling products and services to its citizens.

The kind of arrangement that OECD envisages allows countries to tax a portion of the global profits of multinational firms, notwithstanding where the income is shifted.

Up until now, large firms have been taxed in jurisdictions where they have an office, staff or physical presence.

For governments, it’s easy to tax traditional multinationals as their products like shampoos, baby milk or car parts, move across the border and have to go through customs.

But a tech firm can sell a ride hailing service or digital advertisement without having a physical presence in the country where the sale is made.

Companies like Google, which rely on sophisticated computer programmes to drive their global businesses, have found ways to lessen the tax load.

What makes the tax calculation difficult is that tech firms don’t have staff or a physical presence in every country where they generate revenue. OECD says one way to calculate tax in these situations is to use the revenue generated within a particular country.

This could be especially beneficial for developing countries, which lose billions of dollars, as big tech firms use various ways to lower their tax bill.

Such a mechanism will address the concern of governments, which say multinationals make money in their jurisdictions and then pay puny income taxes elsewhere.

But some countries such as India are not happy with the OECD proposal, which New Delhi says targets the “residual profit” of multinational companies but stops short of a pay-on-the-revenue approach.

Migrants seeking a path to the EU face “Country of torture” 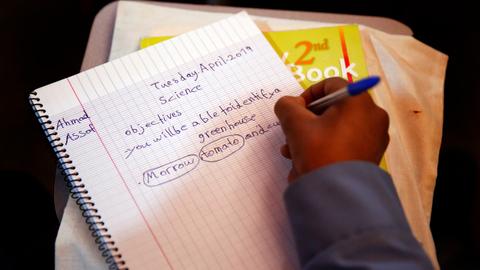 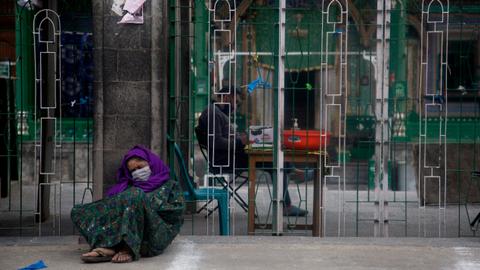