Why are so many Afghans unsatisfied with peace talks with the Taliban?

The recent grand assembly, or Loya Jirga, did not bring any answers to the longstanding question many Afghans have been asking: is the Taliban willing to shun violence for sustainable peace?

Rafiullah Sharifi, a 26-year-old Afghan policeman, lost his wife in an attack on a maternity hospital in Afghanistan's Dasht-e-Barchi area on May 12. His newborn baby was shot multiple times and is still recovering from the injuries inflicted on her when she was just 45 minutes old.

The macabre series of attacks the Taliban carried out across Afghanistan ever since the insurgent group engaged in US-led peace talks, have shaken Afghan society to the core. Many are now questioning the purpose of continuing talks with the Taliban when the militant group has shown no mercy towards the  government or its people.

Brushing aside all concerns, the government hosted a Loya Jirga, or a grand assembly, on August 9 to approve the release of the remaining 400 Taliban fighters in Afghan custody, of the total 5000 prisoners demanded by the Taliban leaders in its deal with the US.

The Jirga of community leaders and civil society activists was convened for two-day deliberations by Afghan President Ashraf Ghani, who has been under pressure from the US administration to release the incarcerated men as part of the deal signed on February 28 this year. The Taliban has refused to start talks with the government until all of the 5,000 prisoners they listed are freed.

The Afghan government has complied with much of the request, and released nearly 4,600 convicts in the past few months. This has given hope to a possible progression in the intra-Afghan talks. However, President Ghani has maintained that the remaining collection of prisoners with “serious cases” against them is “not within the authority of the president of Afghanistan”. He therefore referred to a traditional gathering of representatives from across the country.

In the preliminary statement that was issued on Saturday, the Office of National Reconciliation Council, led by Dr Abdullah Abdullah, shared their conclusion that advised the release of the remaining 400 prisoners so that “there is no excuse to delay [the intra-Afghan] negotiations”. The Jirga members also sought guarantees from international and national stakeholders that the released prisoners will not rejoin battles, and urged the Taliban to initiate an immediate and unconditional ceasefire, as well as the freeing of Afghan security forces in Taliban captivity.

President Ghani, on Sunday, assured all decisions made by the grand assembly would be implemented and he would sign a decree to free the remaining convicts. It is expected that the talks between the Taliban and the Afghans are likely to begin in the coming days in Qatar where the group is based.

However, many members of the Jirga voiced disapproval over the matter.

“Releasing prisoners who have been incarcerated for crimes is unacceptable to me and to others in our society,” said Mawloda Tawana, a member of the Jirga committees. “We still hold bitter memories of the dark period of the Taliban regime and no one I know is satisfied with the release of any prisoner. We also feel that our presence and role in this jirga is very symbolic. It seems to us that Afghan government and the United States have already finalised the release and it does not matter what we decide,” she added, expressing scepticism on the transparency of the process.

The decision to release has also exacerbated worry among the security experts and Afghans alike over increase in violence and Taliban’s commitment towards peace.

“More than 5,000 Taliban prisoners have already been released, including Anas Haqqani and Mali Khan; and we have seen no changes to the security situation in Afghanistan as yet. So how can we expect that things will change with the remaining 400?” questioned Haroon, a civil activist from Logar province who did not wish to use his real name for the fear of reprisal.

Haroon lost five of his close friends—four of whom were from one family—in the car bomb that exploded in the province on July 30, just hours before the start of the Eid al-Adha ceasefire announced by the Taliban.

Even as the Taliban sets extremely rigid conditions for talks, they have continued to increase attacks against the Afghans despite a promise of a reduction of violence. The latest UN report documented 3,458 civilian casualties in the first half of this year. Of these, 43 percent were attributed to the Taliban. President Ghani also revealed, last week, that over 3,560 Afghan security members were killed since the US deal with the Taliban was signed, illustrating the group’s lack of commitment to reducing violence.

Senior security officials who spoke to TRT World on the condition of anonymity, admitted that there were concerns over the conflict intensifying despite the US deal and prisoner release. “Everyone is skeptical about the peace negotiations,” he said. “If it was only about making peace with the Taliban, I am certain we could have resolved the difference in a straightforward manner, but the conflict not only has multiple stakeholders, there are also a lot of regional hidden dimensions which are very complex in nature and it will take years to resolve,” he said, referring to the many geopolitical rivalries that have historically played out within the Afghan conflict.

“The strategic depth of Pakistan and India; the use of international terrorism groups by regional and trans-regional proxies; the socio-economic warfare between the West and China and Russia; access to Afghanistan’s resources are among some of the many issues that affect the outcome of any negotiation on peace,” he elaborated.

It is no surprise then, that those like Haroon and Sharifi, have little faith in the Taliban’s intentions. “As far as I think, the Loya Jirga only serves the personal interests of the powerful. A poor man who has suffered at the hands of Taliban will never be invited to such a gathering. They didn't even invite the victims and people who suffered losses because of Taliban,” said Sharifi, expressing disappointment that the voices of the victims had not been represented.

However, despite the caution and scepticism, the peace-thirsty Afghans are willing to take a leap of faith in hopes of finding peace. “If the release of these 400 Taliban prisoners will stop the killing of Afghans, then I agree to it; provided that this leads to a long-term ceasefire,” Haroon said, still mourning the loss of his loved ones..

Hikmat Noori is an Afghan journalist based in Kabul with keen interest in an intersection of culture and politics in South Asia. 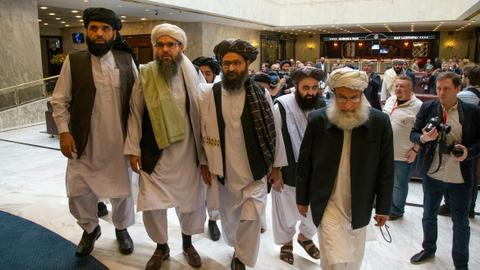 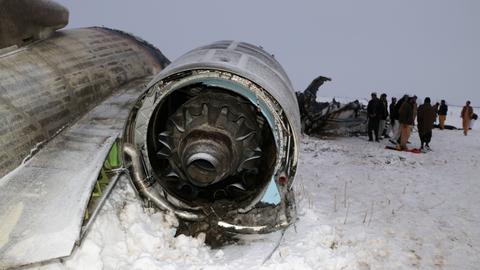