With the spread of Covid-19 come scams targeting the vulnerable

1
Anger grows in UK after PM’s top advisor ‘broke lockdown rules’ while ill
2
Are Russian mercenaries abandoning Haftar?
3
The coronavirus pandemic may unravel Macron’s presidency
4
The timeline of Trump's attacks on the WHO
5
In photos: The world trying to find its feet amid the coronavirus pandemic

From fake vaccines to phishing scams promising tax refunds, fraudsters are cashing in on a pandemic that has put much of the world on lockdown.

It’s not just mask makers and hand sanitiser producers that are benefiting from a boom in business after the outbreak of the coronavirus, fraudsters are also cashing in on fears surrounding the deadly disease.

Some scams are adaptations of common techniques that are already out there, such as online phishing, others are aimed directly at marketing snake oil solutions to the illness.

The explosion in such criminal techniques suggests that fraudsters are fully aware of the panic and anxiety many feel after the outbreak of the Covid-19 virus in China’s Wuhan province in December last year.

In a sign of how sophisticated these scams have become, many reference or try to imitate actual government policies, in order to lure people in.

In one instance of such tactics being deployed, police in the British territory of Jersey warned that scammers were sending texts pretending to be tax officials offering pandemic-related rebates.

A number of people on the island were sent messages informing them that they had been issued a rebate of 558 pounds ($650) by the government, which they could redeem by clicking through to a link.

Upon entering the website that is linked, however, people are tricked into handing over personal data, such as bank account credentials that can be used to dry an individual of their savings.

While governments across the globe are working on financial rescue measures for businesses and individuals, such schemes are still in their planning stages and have yet to be deployed.

In any case, authorities will not be using mass texts or emails to disburse financial aid.

In the English county of Dorset, police warned that: “There have been 1360 websites registered that contain either corona or COVID in the URL. Scammers are gearing up to cash in on our concerns in a huge way.”

The phenomenon is global and varied in the actual scams being used. In the US the Department of Justice has taken action against a website, which purported to sell coronavirus vaccine kits for a delivery fee of $4.95. Upon entering their payment details to pay the charge, the scam victims’ credit card details were stolen.

For the record, while scientists across the globe are working restlessly to find a vaccine, it will be months or even more than a year before one is ready for mass dissemination.

Fake coronavirus test kits have also been seized by authorities in the US and the UK and officials warn that fake charities could also be set up on the pretext of fighting the disease.

Not all scams are limited to text messages or websites, some fraudsters have had the audacity to turn up at people’s homes pretending to be World Health Organization officials conducting spot checks.

Multiple police forces in the UK have reported that gangs of scammers have been targeting the elderly by turning up to their doorsteps and offering, for a price, to carry out a test.

In some of these instances, people were duped and had money stolen from them by the criminals.

Very similar tactics were deployed by fraudsters in the US state of Florida, who went to people's homes in white lab coats, pretending to be scientists from the US Centre for Disease Control and Protection.

⚠️CORONAVIRUS SCAMS UPDATE: There was a 400% increase in coronavirus-related scams in March, with victim losses totalling almost £970,000.

The US Federal Trade Commission has issued guidance specific to the Coronavirus outbreak to help ensure people do not fall victim to scams.

Among the key points listed are: Hanging up on robo-calls, shopping with known and trusted online retailers, to ignore claims of government rebates, to ignore anyone claiming to offer a vaccine, and to use official channels, such as websites, for information instead of unsolicited emails and text messages.

Authorities in the US are actively pursuing those who claim to offer miracle cures to the coronavirus, and have promised to take action against others who make false medical claims for financial gain.

With estimates putting the timescale of the pandemic at over a year, and with the majority of the world’s population expected to be infected sooner or later, criminals are likely going to be persistent in using the pandemic to make money.

To deal with that expected surge, authorities are already setting up special task forces to clamp down on the phenomenon. 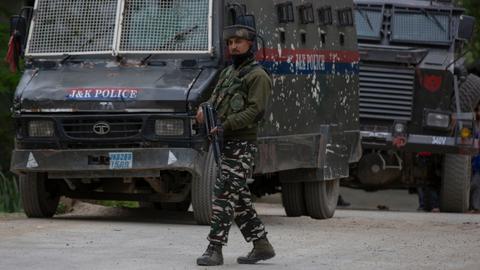 A sleepy Kashmiri village and the men killed by Indian Forces 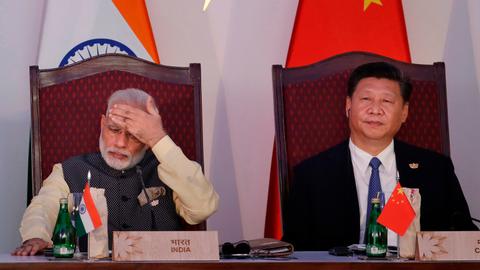 What’s behind the China-India border dispute? 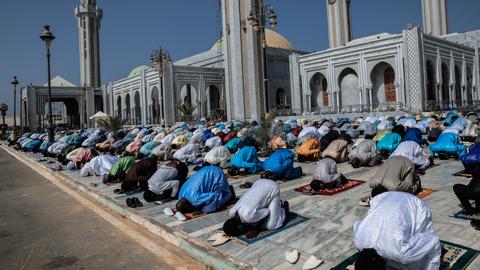 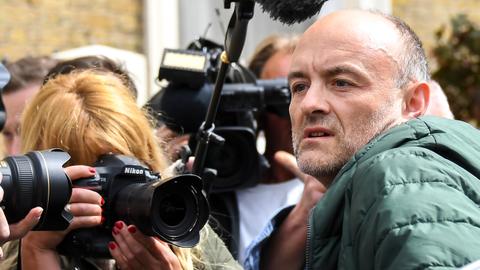 1
Anger grows in UK after PM’s top advisor ‘broke lockdown rules’ while ill
2
Are Russian mercenaries abandoning Haftar?
3
The coronavirus pandemic may unravel Macron’s presidency
4
The timeline of Trump's attacks on the WHO
5
In photos: The world trying to find its feet amid the coronavirus pandemic