The attack, claimed by Daesh, targeted the city just days after the Syrian regime regained total control of it.

The blast struck near the Al Zahraa neighbourhood, where most residents belong to the same Alawite sect as regime leader Bashar al Assad.

The bomber drove the vehicle towards a checkpoint where security forces opened fire, detonating the explosives inside, SANA news agency said.

At least 30 people were wounded in the blast, according to regime media.

"Some of those with minor injuries have already left hospital," governor Talal Barazi said.

The bombing comes two days after the government announced it had taken full control of Homs, following the evacuation of rebel fighters from the last neighbourhood under their control.

The Russian-supervised evacuation of the Waer district was the latest blow to the opposition, which has been losing ground to regime forces and their allies, backed by Russia and Iran.

Since December, opposition groups have lost their former bastion of Aleppo and nearly all of the areas they controlled in Damascus.

There was also an attempted car bombing near Damascus on Tuesday, SANA reported.

Police opened fire on a vehicle near a checkpoint which turned out to be carrying explosives and blew up, killing one civilian and wounding another, the news agency said.

The incident happened on the road south from the capital to Syria's holiest Shia Muslim shrine, the Sayyida Zeinab mausoleum.

In March, twin suicide attacks at Sayyida Zeinab killed 74 people, most of them Iraqi pilgrims.

Daesh claimed responsibility for both of Tuesday's attacks via its online media outlet Amaq. 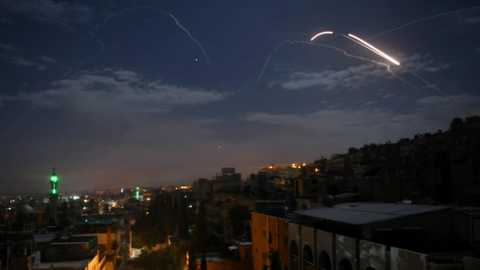