Children were among the dead in the tragedy caused by hundreds of fans trying to enter the already packed stadium.

At least 17 people were killed and scores of others were injured following a stampede at a stadium in northern Angola, where a football match was being played on Friday.

Hundreds of fans had tried to enter the already packed stadium in the city of Uige to see the match, causing a crush at the gate that pushed some people to the ground, said police

"There was a blockage at the entrance to the January 4 stadium ... this obstruction caused multiple fatalities - 17 deaths, and there are 56 injured in the hospital," police spokesman Orlando Bernardo said.

He added that there were an unknown number of children among the dead and that hospitals were treating those injured.

Ernesto Luis, director general of the local hospital, said many of the dead were trampled to death or suffocated.

"Some people had to walk on top of other people," he said. Five of the injured were in a serious condition.

"While the players were on the field, outside fans were trying to get into the stadium and a gate probably gave way to the pressure of the crowd causing several people to fall who were literally trampled on by the crowd," said the Recreativo de Libolo club in a statement on its website.

Witnesses said the crowd trying to gain access would have taken the stadium past its 8,000 capacity.

"When we wanted to go in, we found a barrier. The first row of people fell down ... I was in the third layer (of people)," said 37-year-old fan João Silva, who survived the crush with a broken foot.

The match between Santa Rita de Cássia and Libolo was part of Angola's first division championship. 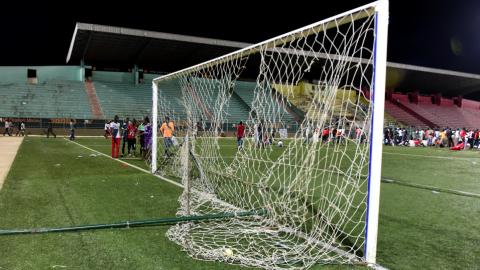 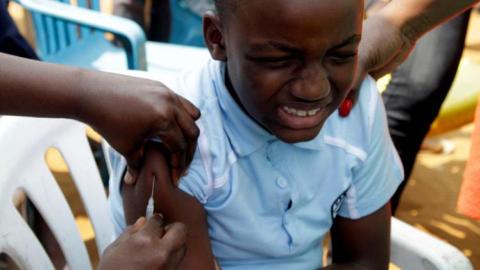