Air strikes have struck Syria's town of Urum al-Joz in rebel-controlled Idlib province on Saturday, according to the Syrian Observatory for Human Rights and the Civil Defence rescue service.

The attack, believed to have been carried out by Russian aircraft, killed at least 18 people, including five children, said the Observatory. The death toll is expected to rise, it added.

The Civil Defence service said that the two air raids on the town on Saturday afternoon have killed 19 and wounded 22.

Turkey remains committed to a ceasefire in Syria, but Russia must stop insisting that Bashar al Assad should remain in office, Turkish Foreign Minister Mevlut Cavusoglu said on Sunday.

Cavusoglu also said he told his Russian counterpart that Moscow did not take the necessary steps in the face of breaches in the Syrian ceasefire.

Sadr, who commands a large following among the urban poor of Baghdad and the southern cities, is the first Iraqi Shia political leader to urge Assad to step down.

The top priority for the United States in Syria is to defeat Daesh, Secretary of State Rex Tillerson said at a TV interview on Sunday.

"Once Daesh threat has been reduced or eliminated, I think we can turn our attention directly to stabilising the situation in Syria," he said.

British Foreign Secretary Boris Johnson cancelled a visit to Moscow, scheduled for April 10, after the poison gas attack in Syria.

The decision by Johnson to cancel the visit to Moscow later this month shows a lack of understanding of events in Syria, Russia's Foreign Ministry said on Sunday.

The Syrian regime and its Russian and Iranian backers have vowed to keep up the fight against "terrorists" despite threats of further US strikes against the regime following the chemical attack.

The US launched a cruise missile attack on a Syrian air base in response to the attack on Friday.

Scores of people died and many were injured on Tuesday, after the regime air strike dropped chemical bombs onto the town of Khan Shaykhun.

But the regime has denied any responsibility, saying its air strikes hit a rebel depot containing chemical materials. 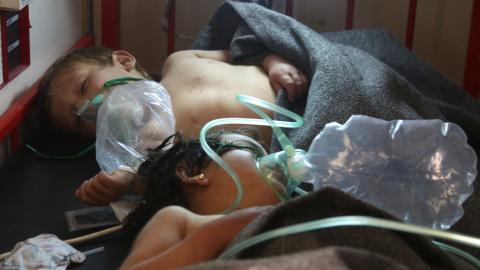 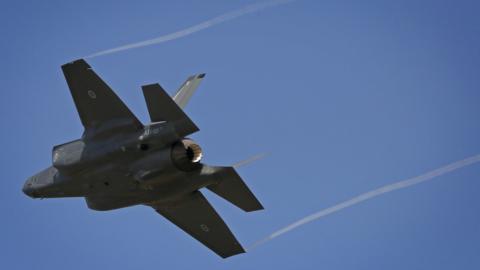