An alleged chemical attack that killed at least 58 and injured dozens in the rebel-held town of Khan Shaykhun in Idlib province has triggered global criticism.

International leaders have condemned the alleged chemical attacks which killed at least 58 people, including 11 children in Syria's Idlib province on Tuesday.

Syrian regime jets pounded the town of Khan Shaykhun. Medics attending the victims said they bore the signs of a gas attack.

The war monitor Syrian Observatory for Human Rights (SOHR) said those killed had died from suffocation and the effects of a toxic gas.

The weapons used caused many people to choke or faint, and some had foam coming out of their mouths, SOHR said, citing medical sources who described the air strikes as a "toxic gas attack."

Fifteen victims, mostly women and children, were brought to Turkey for treatment.

He said the attack could derail the process of Syrian peace talks being held in Astana, Kazakhstan.

"Today the news is awful," Mogherini said in an interview with media organisations in Brussels on the sidelines of a EU-UN conference that was meant to focus on the post-conflict situation in Syria.

"Once again the Syrian regime will deny the evidence of its responsibility for this massacre," Hollande said in a statement.

The White House also blamed the attack on the regime, saying the incident was "reprehensible and cannot be ignored by the civilised world."

"These heinous actions by the Bashar al-Assad regime are a consequence of the last administration's weakness and irresolution," White House spokesman Sean Spicer told a briefing.

Drawing criticism from around the world, #Idlib was also trending globally on social media site, Twitter.

"President Erdogan touched on the use of chemical weapons against civilians in Idlib. President Erdogan said such inhumane attacks are unacceptable," a statement from top residential sources said.

However, Russia has categorically denied any involvement.

"Planes of the Russian air force have not carried out any strikes near Khan Shaykhun of Idlib province," said a statement by the Russia's defence ministry.

The two leaders also have emphasised the importance of the maintenance of an ongoing ceasefire in Syria.

TRT World's Shamim Chowdhury has the latest from Gaziantep near the Turkish-Syria border.

"The National Coalition demands the [UN] Security Council convene an emergency session ... open an immediate investigation and take the necessary measures to ensure the officials, perpetrators and supporters are held accountable," the body said in a statement.

The opposition said on Tuesday that the attack "calls into question" the peace process.

"If the United Nations cannot deter the regime from carrying out such crimes, how can it achieve a process that leads to political transition in Syria?" said Mohamad Sabra, the head negotiator for the main opposition High Negotiations Committee (HNC) that participated in recent peace talks in Geneva.

The regime military source denied that its forces used any such weapons, saying the army "does not and has not" used chemical weapons "not in the past and not in the future."

Meanwhile, a rocket has slammed into a hospital in northwestern Syria on Tuesday as doctors treated victims of the suspected chemical attack, destroying part of the building.

The projectile hit the building in Khan Shaykhun, bringing down rubble on top of medics. 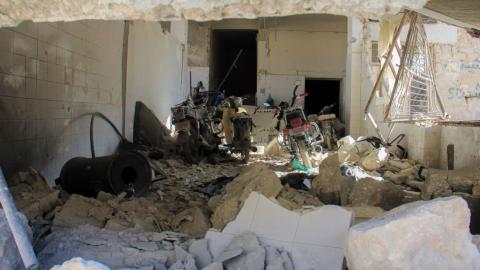 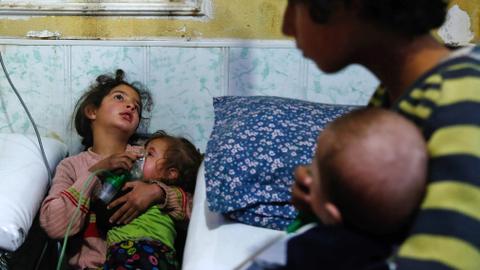 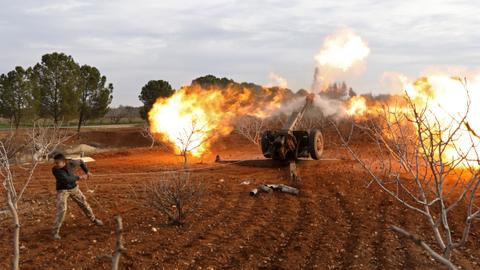