Namibia, Zimbabwe and Swaziland failed to convince a UN body to let them legally sell existing stockpiles of ivory and rhino horn to fund conservation efforts.

Namibia, Zimbabwe and Swaziland failed to convince a UN body to let them legally sell existing stockpiles of ivory and rhino horn, arguing that proceeds will help them in conservation efforts, at a conference on Monday.

In a move to protect endangered species, member states of the UN Convention on International Trade in Endangered Species (CITES) voted overwhelmingly to reject bids put forward by southern African countries to sell tusks and horns, arguing that "it could offer criminal syndicates new avenues to launder poached ivory."

"African elephants are in steep decline across much of the continent due to poaching for their ivory, and opening up any legal trade in ivory would complicate efforts to conserve them," said Ginette Hemley, head of conservation group WWF's CITES delegation.

Namibia and cash-strapped Zimbabwe argued that the sales are needed to raise money for conservation, and that their rhino and elephant populations have been stable or growing, to the detriment of poor farmers.

Zimbabwe asked CITES for a green light to sell a 70-tonne ivory stockpile estimated to be worth $35 million.

Other African nations such as Kenya are strongly opposed to any reopening of the ivory or horn trade on the grounds that it will stimulate demand and threaten their animals.

A global ban on ivory sales was imposed in 1989 to curb a wave of poaching but, in one-off rulings, CITES allowed Botswana, Namibia and Zimbabwe to sell stockpiles to Japan, and South Africa to sell to China and Japan in 2008.

A similar ban was applied to rhino horn in 1977, but poaching of both elephants and rhinos has soared in recent years to meet red-hot demand in newly affluent Asian economies such as China and Vietnam.

Rhino horn can be harvested from a sedated animal, as it grows back, although most poachers simply opt for a kill.

To extract a whole ivory tusk, an elephant must be killed. 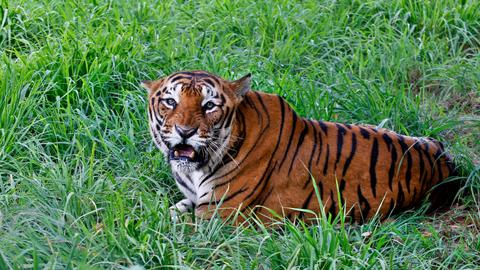