The Syrian Observatory for Human Rights says Daesh has fully retaken Al Senaa, which was the most important neighbourhood taken by the Syrian Democratic Forces. But Daesh has withdrawn from the Aleppo province.

Daesh has recaptured an eastern district of their Syrian bastion Raqqa on Friday, a monitor said, rolling back the advance of US-backed militants.

"Daesh fully retook Al Senaa, which was the most important neighbourhood taken by the Syrian Democratic Forces," said Rami Abdel Rahman, who heads the Syrian Observatory for Human Rights.

The densely built-up neighbourhood was the closest that the SDF and allied Arab militants known as the Elite Forces had come to the city centre.

By Friday, the SDF and its allies withdrew from Al Senaa to the adjacent neighbourhood of Al Meshleb.

"They are now reinforcing their defensive positions in Al Meshleb," Rahman said.

A statement published by Daesh on social media early Friday said it had been locked in "hours-long" clashes with the SDF in Al Senaa and Al Meshleb.

With the loss of Al Senaa, the SDF is left in control of Al Meshleb and two districts in the west of the city.

On Thursday, the SDF cut off the last escape route for Daesh from Raqqa, trapping the besieged militants inside their de facto Syrian capital.

Around 2,500 militants are fighting inside Raqqa, according to British Major General Rupert Jones, a deputy commander of the US-led coalition backing the SDF.

The UN estimates some 100,000 civilians remain in the city, with the Daesh militants accused of using them as human shields.

Raqqa became infamous as the scene of some of the worst Daesh atrocities, including public beheadings, and is thought to have been a hub for planning attacks overseas.

Daesh is no longer a presence in Syria's Aleppo province after withdrawing from a series of villages where regime forces were advancing, the same monitor said on Friday.

"Daesh withdrew from 17 towns and villages and is now effectively outside of Aleppo province after having a presence there for four years," said the monitor head.

The White House envoy coordinating the US-led coalition fighting the Daesh group was holding talks in Ankara on Friday a day after visiting the YPG in northern Syria. Turkey considers the YPG as the Syrian branch of the PKK.

The visit by Brett McGurk, which was not announced in advance, comes a month after Turkish Foreign Minister Mevlut Cavusoglu called for McGurk to be fired, claiming he was supporting YPG militants.

Tensions between Washington and Ankara have escalated over US support for the YPG in Syria, which Turkey considers a front for the outlawed PKK.

The US, Turkey and the European Union have labelled the PKK a "terrorist group." 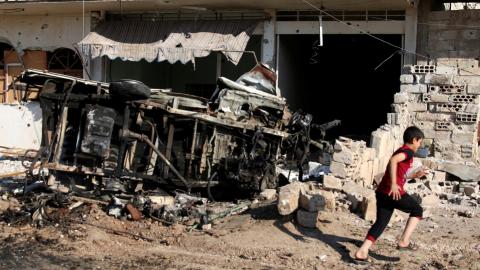 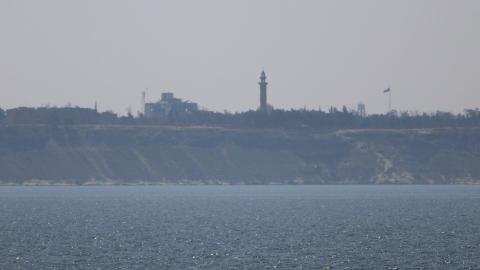